From the Bridge: Boat shows give captains chance to see, fix things

Posted on Oct 1, 2004 by Lucy Chabot Reed in From the Bridge

With the world’s largest boat show set to kick off this month in Ft. Lauderdale, we asked eight captains gathered for our monthly Bridge luncheon what they think of boat shows. The answers surprised us.

As always, individual comments are not attributed to any one person so as to encourage frank and open discussion. The attending captains are identified in an accompanying photograph.

This month’s Bridge captains have a big-picture perspective of boat shows. Sure, they are a pain to prepare for, and yes, sometimes brokers can be unreasonable. But overall, the shows do an important thing, and that is to keep people interested in boating.

“It shows by how many people go there how well they do,” a captain said. “A lot of people are just looking, and that’s normal, but maybe some of those people are buying smaller boats, and those smaller boats lead to bigger boats, which lead to yachts sooner or later.”

And not all those folks strolling the docks are buying their first boats. Multimillion-dollar yacht buyers also take in the shows.

“They might not buy at the boat show, but they definitely go to look and get ideas,” a captain said.

“My boss saw our boat at a show and bought it six months later,” another said.

“I’ve been to three Ft. Lauderdale shows and two Miami shows in the past five years,” one captain said. “I enjoy doing them, though my crew don’t. It is a bit of a dog-and-pony show. My only gripe is when the broker gets lazy and doesn’t pre-qualify people.”

Most captains agreed with that, and added one other complaint: the unescorted guest.

“What you can do is say before the show that you want people escorted on board,” a captain said. “I’ve had people lie on the beds, go through the drawers, use the heads. …”

“I’ve had someone steal something out of the closet.”

The shows are valuable if for no other reason than to give out-of-the-area brokers a chance to see the yachts. While putting a megayacht in a show is expensive – easily tens of thousands of dollars – it is cheaper than doing familiarization trips or taking the yacht across an ocean.

“To get the number of brokers to see it as you would at a boat show, you’d have to do 20 [fam] trips,” one captain said.

“European brokers put their clients from Europe on these boats in winter,” another said.

Perhaps the best part of boat shows, for these captains at least, is the ability to check out the latest gadgets and technology, and to trouble-shoot.

“I like to go to boat shows every two years to see what’s new,” one said. “As captains, we’re often confined to our boats. When we go on a new boat, we get new ideas on how to handle things.”

“And you can deal one-on-one with the people who are building the equipment you’re buying,” another said.

“Every manufacturer is there,” said another. “If you’re having trouble, it’s a good place to get them, by the neck, and stand in their booth and say, ‘are you going to fix it?’ It’s a great place for problem solving, even if your boat’s not in the show.”

The captains conceded they have little pull in deciding which shows to attend. Brokers pressure owners to make those calls, depending on where the yacht is in relation to the show and how motivated the owner is to sell or charter it.

But most of them agreed they’d be headed down island to this winter for shows in the Caribbean.

Lucy Chabot Reed is editor of The Triton. Comments on this article are welcome below. 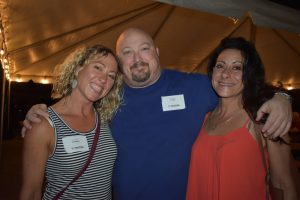 Nearly 250 yacht captains, crew and industry folks stopped by Triton Networking with Lewis Marine Supply last night to check out the renovated storefront, tour the updated warehouse and nibble on …

Crew Compass: by Lauren Loudon We were in Croatia in the middle of an owner’s trip when the Leeward Islands braced themselves for Hurricane Irma to make landfall. In the following days and …

Children and local residents around Marina Ibiza on the Balearic island of Ibiza joined the marina for family-friendly festivities during Marina Day in June. Designed to invite the general public …

You have finally finished a 12-hour shift. It might be the first of the season or the fifth in a row. You flop into bed, start scrolling on your phone, and then after a while turn out the lights and …

YPI in deal with currency company

Yachting Partners International (YPI) has partnered with foreign exchange specialists Currencies Direct to help its clients and crew save on all international transactions.“Yachting is a global …

Brokers sell and add to listings

Denison Yacht Sales has added to its central agency listings for sale a 1996 74-foot Hatteras for $799,000. Bernard Gallay Yacht Brokerage …

The Australian engineer of the 120-foot M/Y Valkyrie was found dead at the bottom of ANB Harbor in Sitka, Alaska, on Friday, July 12.John …

Jet packs banned in So. Calif. 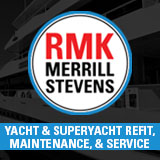