Some buyers prefer the classics

When one thinks of the Monaco Yacht Show, one thinks of the newest, most state-of-the-art superyachts. Indeed, about 40 percent of the show’s exhibiting yachts either launched in 2012 or were recently rebuilt and are making their debut here.

But there are a handful of yachts on display that some might consider classics. These yachts carry something a bit different, and they usually attract a different kind of owner.

“Some guests prefer an old boat,” said Chief Eng. John Galloway of the 25-year-old M/Y Audacia, a 48.5m (160-foot) Feadship. “We were on a charter with two newer yachts, and the guests liked being here. They said it was more comfortable. Here you can come in, relax, throw yourself on the couch and not worry that you’re going to hurt something.”

Chef Rob Condron, who spent three years on the busy charter yacht before rejoining her this season, said he likes the professional galleys Feadship puts on its yachts.

“The center island is just classic and the nice big window makes for a bright galley,” he said. “It’s a classic old Feadship. They built it right the first time.”

The yacht’s lines are original as is much of her interior wood. During a 2007 interior refit, original murals by Pierre Marie Rudelle, considered one of the masters of contemporary trompe l’oeil, were found beneath the silk-covered panels in two cabins. In 2010, a swim platform and stabilizers were added.

And while much of her equipment has been replaced or reconditioned, there are still traces of the original specs, including pneumatic hand controls on the bridge for the engines.

“There’s a five-second delay so you’ve got to anticipate your move,” Capt. Robin Visser said. New to the yacht this month, Visser did an owner trip before heading into the show and said driving Audacia is different.

“And you’ve got to be gentle; you can’t just throw her around,” he said. “At sea, she’s solid as a rock. It gives you a good feeling when you put her into gear, like you’re driving a steam engine.”

“The advantage to an older boat? The design,” Bosun Matt Ward said. “There’s a full walk-around on two decks. Every guy who works outside and has to clean windows for a living loves that.”

In reference to competing with the glittering new vessels for a buyer’s attention, he said, “The boat sells itself.”

“The owner pours a ton of money into it; it’s in good shape,” he said. “And it’s got two master cabins, essentially, which is appealing to a lot of people.”

“I joined the yacht in New Zealand a year ago and we came back across the Pacific,” First Officer Danielle DeVere said. “She handles very well. When they built yachts back then, they built them to last.”

The yacht recently had an interior refit and gained a second rudder. And only recently did she lose long-time Chief Eng. Andy Kruss, who after 25 years retired.

“Older yachts attract a different kind of owner,” she said. “To them, it feels more like a home.”

Lucy Chabot Reed is editor of Triton Today Monaco, a daily produced by The Triton. Comments are welcome at lucy@the-triton.com. 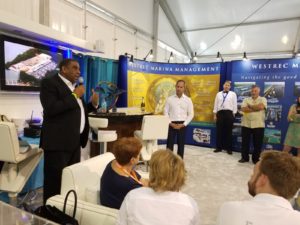 By Lucy Chabot Reed California-based Westrec Marinas, managers of marinas across the United States, celebrated its 30th anniversary at the show yesterday. Westrec manages about 6,000 slips in … 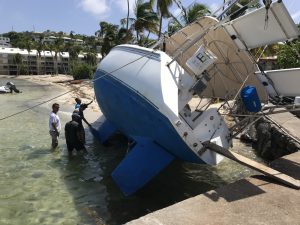 By Carol Bareuther Four days prior to Dorian blowing over the U.S. Virgin Islands, the soon-to-be Category 1 hurricane was barely a blip on the weather radar. Two days out, on Monday, Aug. … 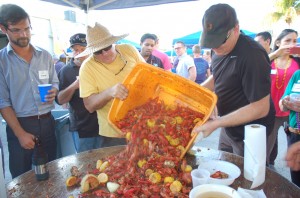 Triton Networking the first Wednesday in May with V-Kool

It’s time for The Triton’s annual crayfish boil with V-Kool of Florida. All captains, crew and industry professionals are welcome to join us on the first Wednesday of May from 6-8 p.m. in Fort … 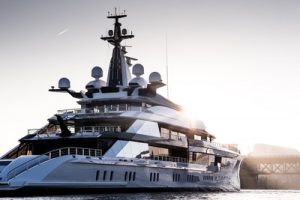 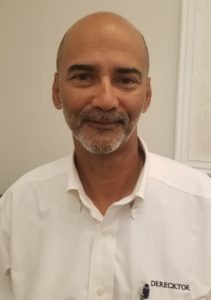 After 25 years with Jones Boat Yard on the Miami River, Cliff DeFreitas has joined Derecktor in Dania Beach as a project manager. DeFreitas worked at Jones for 25 of the past 28 years, leaving for … 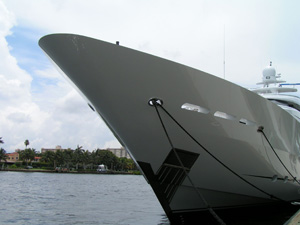 YachtAid Global is hosting a networking event Jan. 30 in Ft. Lauderdale to help promote its mission of using traveling yachts to disburse …

By Emma Batchelder Members of the yachting community have gained some clarification on French social security tax responsibilities. …