Posted on May 9, 2013 by Lucy Chabot Reed in Obituaries

Chef DJ Marchand was found dead in her apartment in South Florida on March 24. She was 56.

“She had just met a guy on charter and she looked great,” said Capt. Ty Gerould, owner of Ultimate Cuisine, a catering company where Marchand worked as a freelance server for more than 20 years. “I don’t know what happened.”

An active freelance chef, Ms. Marchand worked with well-known charter captains including Capt. Shan Crook on the 88-foot M/Y Lady Victoria and on well-known yachts such as M/Y Sunday Money owned by race car legend Dale Earnhardt in 1998 when he won the Daytona 500.

“We were the A team,” said JoAnn “Red” Barber, a freelance stew who worked charters with Ms. Marchand for 16 years, including on Lady Victoria and Tigers Eye, a 98-foot Hargrave. “I always looked forward to it. I knew it was always going to be a good charter.”

She described Ms. Marchand as positive, uplifting and easy. “Everything just flowed with her,” she said.

“She was one of the bright spots of my life,” Capt. Rick Rahm said. “Whenever we worked together, I never had to worry about anything in the galley. She was always a team player.”

“She was a phenomenal chef,” Gerould said. “She made everything from scratch. She made some of the best food I’ve ever had in my life.”

Ms. Marchand was a friend of Triton Publisher David Reed, who was surprised and saddened by her death.

“I’m not really sure how we met,” he admitted. “It’s like I’ve always known DJ, since I came back to Ft. Lauderdale in ‘92 or ‘93. She was always enjoyable and her food was always really good. She should have been with us longer.”

“It’s very sad that she left us too early,” Barber said. “I have to be thankful for the years we had together.

Ms. Marchand’s career in South Florida’s boating community stretches back to the 1980s when she worked as a bartender at the Ancient Mariner, a restaurant on a Coast Guard cutter docked on the New River in Ft. Lauderdale. The cutter is now a reef off Deerfield Beach.

During those days, she met Capt. Carl Hallberg and they wound up working together on the 63-foot Cheoy Lee M/Y Andiamo.

“She did almost every charter we did on Andiamo,” said Hallberg, retired now in Costa Rica. “I took DJ out on the boat and taught her to drive it, how to tie up the vessel, etc. She was great at it so we did a lot of lunches and small groups, just DJ and myself. We did charters for about three years together. She was great to work with. DJ will live forever in my memories.”

Ms. Marchand wanted to be buried at sea. After a private family ceremony in Chicago, her ashes will be returned to South Florida where there will be a funeral mass on Tuesday, May 21, at 9:30 a.m. at St. Ambrose Catholic Church in Deerfield Beach (380 S. Federal Highway, Deerfield Beach, 33441).

In mid-March, her family was still looking for a boat or yacht to take her ashes to sea on May 21. Anyone with suggestions, please contact The Triton at +1 954-525-0029 or lucy@the-triton.com.

Lucy Chabot Reed is editor of The Triton. Comments on this story are welcome at lucy@the-triton.com.

For the second year in a row, a broker with Northrop & Johnson won the International Yacht Brokers Association’s Sales Broker of the Year award. Kevin Merrigan, CEO of Northrop & …

Write to be heard: Boardings take all shapes

In reference to your recent captains lunch conversation about boardings [From the Bridge: “Boardings range from normal to nerve-racking,” page A1, January issue], if I may, I’d like … 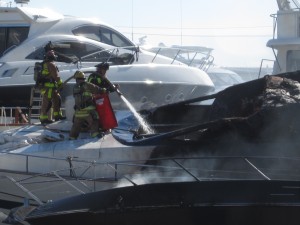 An early morning fire destroyed two yachts at New River Marina today in Ft. Lauderdale. It does not appear that anyone was hurt. According to people in shipyards, the yachts likely were a 70-foot …

Engineer's Angle: by JD Anson The premise of yachting for owners and guests is to experience the beauty of the world and disconnect from stress. But while our “Instagram society” further … 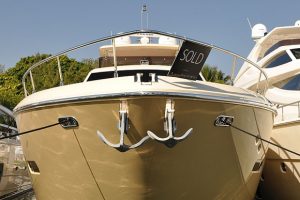 Rules of the Road: A review of taxes that apply to Florida boat sales

Rules of the Road: by Capt. Jake Desvergers It’s that time of year again: boat show season. Events at Cannes, Genoa and Monaco previewed the strong sentiment that is expected at Fort Lauderdale, …

Just as in all relationships, trust between owners and crew takes time and effort to develop. But once a mutually trusting relationship has … 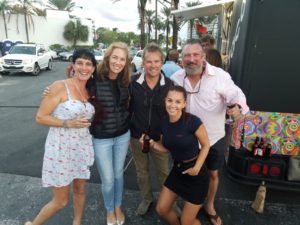 Captains and industry turned out to help Ocean Wine & Spirits open its new location on Fort Lauderdale beach today. Join in the fun …