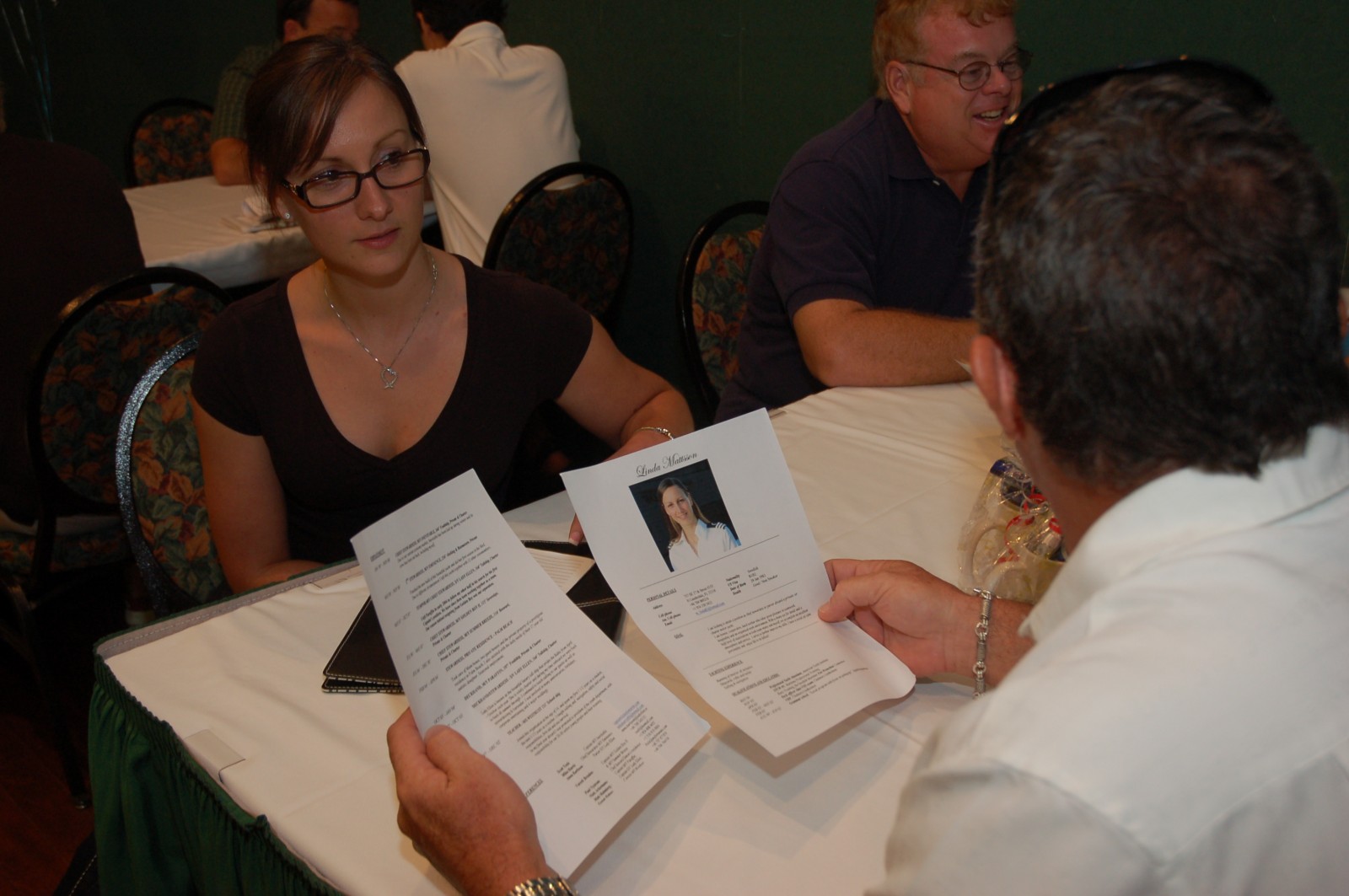 Crew interview may not include the captain

Mar 31, 2015 by Chef Mary Beth LawtonJohnson
As a chef looking for work, you’ve been selected to interview for a job. Congratulations. So you show up with your best face forward. You are so prepared and excited, even your resume sparkles. However, it’s not the captain who shows up to interview you; it’s someone else. Wait a minute, what’s going on here? The first thing you probably think of is that your time is valuable and your credentials demand that you not be interviewed by anyone less than the captain. Besides, what does a chief stew know about culinary terminology and what it takes to be a chef. A lot, actually, as do most other crew members. So be prepared to be interviewed by anyone. First of all, not every captain has the time to interview every staff member coming onboard. If it is deck crew, the captain might assign the interview process to the first mate or engineer. If it is interior crew, the chief stew likely will handle it, or perhaps the owner’s wife if she wants to get involved, or a management company. So what about the chef? Who interviews chefs? Years ago, it was always the captain, but that habit is going the way of the dinosaurs. Now, chefs should expect to have at least preliminary interviews with the chief stew or the employer’s chief chef, not the yacht’s captain. Don’t be surprised if it’s the management company or even a chef brought in to test your skills. Yes, the captain will be involved in a final decision, but the chore of ascertaining your skills and unique fit onboard likely will fall to someone else. So how do chefs feel about this? Think about it. Your job impacts the chief stew and the rest of the interior crew most. Who knows what they need in a chef better than the chief stew? She is the one who knows the owners and clients, and who knows what level of service they expect. Perhaps more importantly, she knows what level the chef will have to rise to in the galley. She has to be able to depend on the chef to get the job done correctly without the drama that might hinder service. Think about it. Does the captain really know that? Probably not as well as the chief stew. OK, so you are being interviewed by the chief stew. Wait, is this a prescreen before the big guns are called in to say yay or nay? It might be. It could be that they make the decision after discussion with the captain or it could be the owner’s wife comes onboard for another round to interview. Or it could be the wife’s personal assistant . It has happened. There are no set rules for the process and who the interviewer is. In my years working on yachts, it’s usually the chief stew who has interviewed me, but it’s also been the first mate. (That interviewing process is good training for mates who want to be captains someday.) On one yacht, the chief stewardess picked my brain about the different diets I listed on my resume. She had been with the owner more than five years and knew their eating habits well. She knew what kind of chef would be a good match for the owners and what kind would not. As a former chief stew myself, I totally get why they are the first door to a job. Why get halfway to your final destination only to find out the chef has folded under pressure or had a meltdown or simply just can’t get grasp what the owners and guests want. She was responsible for finding out who could cut the mustard. So she was the first and only screening to the new job. I never met the captain until we were away from the dock. But I’ve also been interviewed by captains. They begin the process, then turn the chef candidates that meet certain standards over to the person who will eventually decide. Sometimes it could be the crew chef. You just never know. So be prepared to interview with anyone when it’s your turn. But there are certain things to remember. First is that you are the one asking for a job; they likely didn’t recruit you. Don’t let your ego get in the way. Address the person interviewing you with respect, just as though they are as important as the captain, because they are. They are part of the team; you are not, not yet. If you have to do a cooking interview, make enough dishes to go around to the people who first interviewed you, not just the last round of interviewers. Be sure to thank each person for the time they took to interview you. Look them in the eye and thank them because they might just be the one who recommends you for the job. Chefs are a dime a dozen. So make sure that your dime is polished and ready to interview with anyone, not just the captain. Mary Beth Lawton Johnson is a certified executive pastry chef and Chef de Cuisine and has worked on yachts for more than 25 years. Comments on this column are welcome at editorial@the-triton.com. Topics:
Culinary Waves

Mary Beth Lawton Johnson is a certified executive pastry chef and Chef de Cuisine and has worked on yachts for more than 25 years.