The 88-foot Sparkman & Stephens S/Y Sea Angel allegedly hit the power lines that stretch across the New River in downtown Ft. Lauderdale in late December. The captain was briefly hospitalized and the surrounding neighborhood lost power for about one minute, according to news reports.

Although local media said the 75-foot mast hit the overhead lines, that was not confirmed. Triton research last spring discovered the lines are between 92 and 101 feet above the water. One source said the mast was much higher than reported. 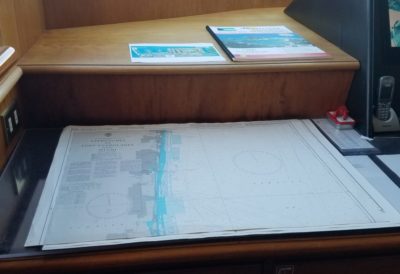 USCG: US vessels can use e-charts 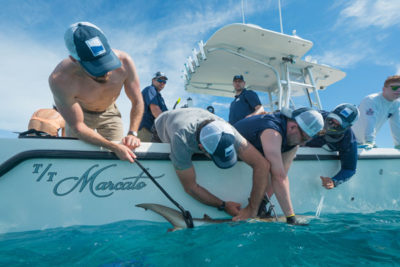 By Dorie Cox The crew of M/Y Marcato was integral to a scientific expedition that studied sharks during a charter by Dr. Austin Gallagher and a 12-member team of

KVH Industries upgraded to the mini-VSAT broadband network to provide customers in Europe, the Middle East, and northern Africa (EMEA) with a 60 percent increase in satellite capacity. “Rapid … 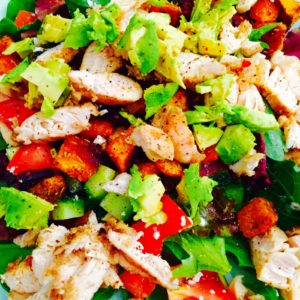 Summer time. Let’s be honest; it’s brutal. The boys dropping toys every other minute. The girls running up and down stairs from hot tub to aft deck. Regardless of

Former yacht Chef Lacey Rico died suddenly at her home on Jan. 20 in Hillsboro Beach, Fla. She was 47 years old. The official cause of her death is

Scottish Power has scrapped plans for its 1,800 megawatt Argyll Array wind farm in mid-December due to tricky ground and wave conditions and the presence of protected sharks, making