The 75th annual Miami International Boat Show (MIBS) will be held at a new location around Miami Marine Stadium, which has been closed since Hurricane Andrew in 1992.

The show will be entirely different than it has been during its 75-year history. Previously, it was mostly indoors at the Miami Beach Convention Center, but this Feb. 11-16, the show will be held at Miami Marine Stadium Park and Basin on Virginia Key in temporary structures and on temporary docks.

Concerns about exhibitor space, parking, transportation and lawsuits have been brought to the organizer’s attention. Thom Dammrich is one of the people working to allay those concerns. He is president of National Marine Manufacturers Association (NMMA) which owns and manages MIBS. He and Cathy Rick-Joule, vice president of the show, presented statistics and facts supporting their claims that all systems were a go to 50 media representatives at a press conference at Bahia Mar on Thursday.

“Ten months ago, after a two-year search, the city commission approved a license agreement for the new location at Miami Marine Stadium,” Dammrich said. “This spot has not been used for 23 years and it has special history for everyone who has been there.”

The unfinished stadium and unpaved property add to parking and transportation concerns, but Dammrich said this year will be better from the ground up.

“The No. 1 complaint was parking and traffic congestion before,” Dammrich said. “Now, we’ll have parking for 12,000 vehicles.”

“We have over-planned the transportation and there is enough for all,” Dammrich said. “Before you leave home, know your shuttle or taxi plan or prepay to park.”

The namesake derelict city-owned Marine Stadium was designed to view in-water shows including boat racing and concerts, but will be blocked off with no access during the show, Rick-Joule said.

“We’re working with the National Trust Historic Preservation on-site during the show to inform and fund-raise,” Rick-Joule said. “We would love to see renovation sooner than later. People have a lot memories.”

Some people wonder if tents can hold the exhibitors that the Miami Convention Center did.

“The uplands is smaller compared to previous years, but our ability to accommodate is facilitated by the water,” Rick-Joule said. The basin in front of the stadium will have dock space for 500 boats. 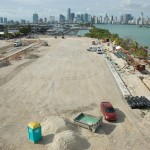 This year’s 75th annual Miami International Boat Show will be held at a new location around Miami Marine Stadium, which has been closed since Hurricane Andrew in 1992. PHOTO/DORIE COX

“We even have builders who exhibited with us in past taking same space on the upland and adding inventory in water,” she said.

Some Virginia Key residents have organized to fight the show which is situated off the only road leading to their homes from the mainland. But the legal system moves slowly and Dammrich doesn’t expect resolutions for a couple of years and some of the concerns have been addressed.

“Two of the three complaints in one of the lawsuits have been dropped,” Dammrich said. “The one left is in reference to open records.” The hearing is later this month.

So the show will go on. Sewer, drainage, water and electric are installed at the site and work is underway on fiber optics in the electrical grid, said Rick-Joule. Footers are completed on the west end for tents and next to come are cell towers and the final clearing of land.

In December the clear-span structures (very large tents with open internal areas like the ones at FLIBS) and docks will be set up, Rick-Joule said.

“This is going to be a great show. If captains have ideas about how we can enhance their experience, email us,” Dammrich said.

“Nothing will stop this show from happening,” Dammrich said. “This is the new home.” 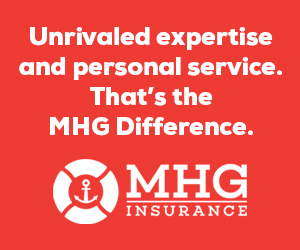 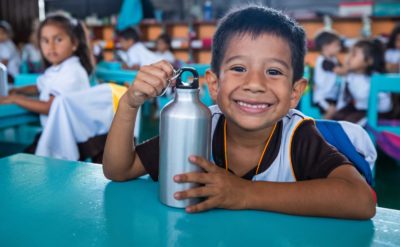 A recent operation by YachtAid Global alongside three superyachts saw clean water access implemented across every school in the Galapagos. Operation Beagle, which was carried out in October and …

The building of a viable waterway to cross the isthmus of Panama was closer to being a nightmare than a dream. First, the French took up the challenge in 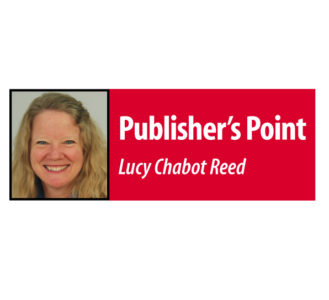 Questioning the rules and reasons on chartering in the U.S.

I just booked my flight for the Newport Charter Show and got to thinking about chartering in the United States. As an active member of the U.S. Superyacht Association,

The secret success of non-traded REITs

I have been using non-traded REITs in client portfolios for about three years now. The reason simply is for diversification, which is a must for savvy investors. But, just 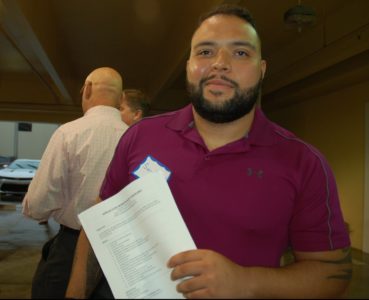 About 150 captains, crew and industry professionals braved strong rains to network with The Triton and marine travel specialists ISSGMT in Ft. Lauderdale on the third Wednesday in May. Hamburgers …

Sailfish Marina to kick off lobster season with festival