The thirteen largest yachts at Yachts Miami Beach aren’t where most people expect them to be. This year, instead of being docked alongside Collins Avenue, two dozen larger yachts are at Deep Harbour.

Deep Harbour’s recently completed floating docks are the marina part of Island Gardens on Watson Island. From the bridge of M/Y Copasetic, a 141-foot Hike Metal custom yacht, Capt. Ian van der Watt pointed to the unobstructed view of Miami’s skyline across Biscayne Bay. He has seen a lot of marinas in his nearly four decade career and didn’t hesitate when asked about this one.

“Last week it was mud and now there are palm trees, tiles and landscaping,” he said as he pointed to the upland property behind a perfectly manicured row of landscaping which is still under construction.

“This show will be terrific, maybe not this year, but the next year,” van der Watt said.

Opening day saw few people on the docks. One reason is because there is no public access to the Deep Harbour location, according to Michael Robbins, dock and in-water supervisor for Show Management, co-owner of Yachts Miami Beach along with FYBA.

Although Collins Avenue is open to the public along the nearly mile-long show, Robbins and his crew check credentials at the entrance to these docks.

“This is invitation only here, there is no public access,” Robbins said between checking a smattering of guest for badges and paper invitations. “There is no water taxi, but there are three courtesy shuttles leased to bring VIP visitors to the marina.”

Cliff DeFreitas, of Jones Boat Yard, was on the docks talking with captains.

“I think this location will bring Miami back into the limelight. Maybe not this time, but next time round,” DeFreitas said. “People think the big boats are not here this year.”

Many of the crew have high hopes for the show’s newest location.

Capt. van der Watt said he likes the appointments and the private feel as does CiCi, his wife and stew. 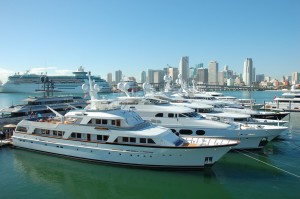 Many of the largest yachts at this year’s Yachts Miami Beach are at Deep Harbour on Watson Island. PHOTO/DORIE COX

“It’s not so crammed, and you can see all the other boats,” she said as she pointed to the horseshoe shaped dock with Med-moored yachts. The entrance is temporarily blocked with a floating dock to create a circular walk for visitors.

Capt. Dale Smith of M/Y Sovereign also said the show will be a great venue for future events.

“But, yesterday they may have well as closed the gates,” he said of opening day. He likes the yacht’s location with plenty of deep water.

“This show has massive potential, when the word gets out,” he said. “There is a great concentration here. It’s an impressive facility.”

Maybe people are just not aware that this location is part of Yachts Miami Beach, he said.

“It seems like this part of the show was not as well publicized,” Smith said.

Chief Stew Jennifer Shillitoe of M/Y Sovereign said people may not be clear what is actually at the property. One day there will be high-rise hotels, retail shops and a promenade, but currently there is one marina building at the venue.

“You can’t just pop ‘round to see the boats,” Shillitoe said. “People should know that even if they get over here, they can’t just walk on.”

She likes the show location, but said there are a few things that may need to get worked out for future shows.

“The show is a good show, it’s a very nice place,” Rask said. “Everybody likes Miami.”

The yacht was at the Monaco show last year and saw a lot of activity, he said.

“It was super busy, but it’s Monaco, the biggest show,” Rask said. “The difference is, we’re not in the middle of everything.”

“But that’s the point, with invitation only, it’s exclusive,” he said. “This is absolutely less stressful.” 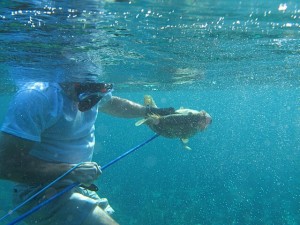 Visit the beauty of Cuba, underwater

Note: Capt. Brandon Burke was the deckhand/dive instructor of a 120-foot yacht in 2011 when the owner took the yacht to Cuba for a diving excursion. He shares his experiences from that trip … 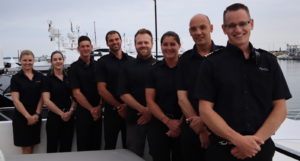 By Lauren Coles Capt. Tristan Mortlock, fondly known on social media as the “Super Yacht Captain,” has built a following through sharing a positive spin on what it’s like living and working … 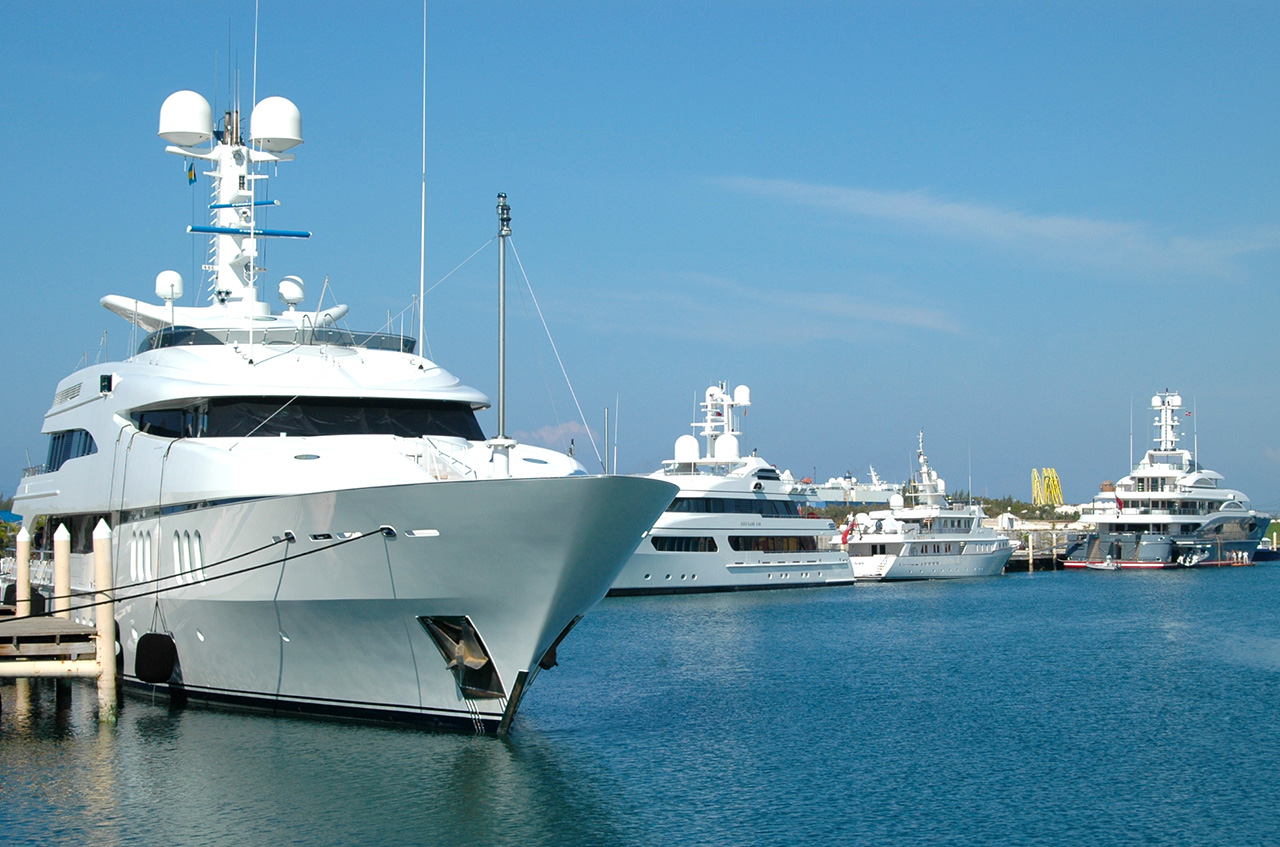 Entry fees for the Bahamas will be changing in 2020, according to the Bahamas Ministry of Tourism website. Currently, all boaters entering the islands are required to pay the following entry …

MB92 La Ciotat announced recently that it has been awarded a 35-year lease with La Ciotat Shipyards for exclusive use of more than 23,000 square meters on the 4,000-metric-ton platform to be … 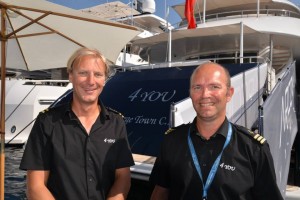 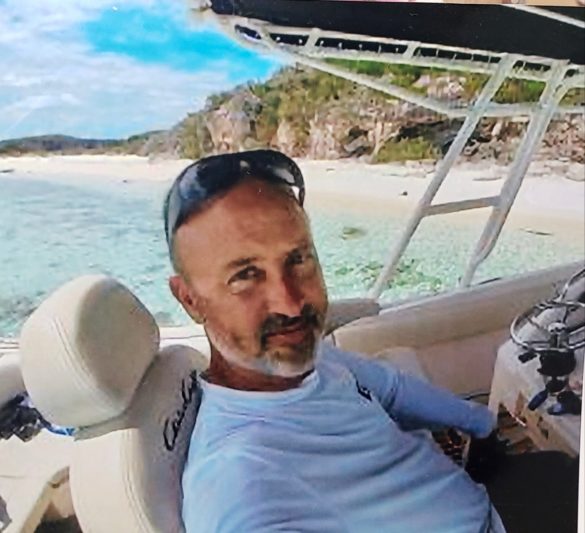 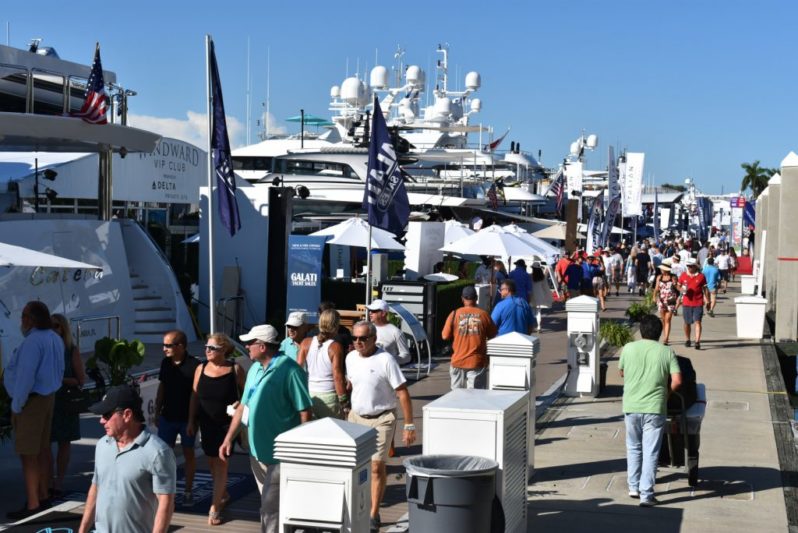 Triton Survey: Will you attend FLIBS?

The latest results on our industry-wide survey: Will you attend FLIBS? 457 people have responded. More than half (55.58%) said they … 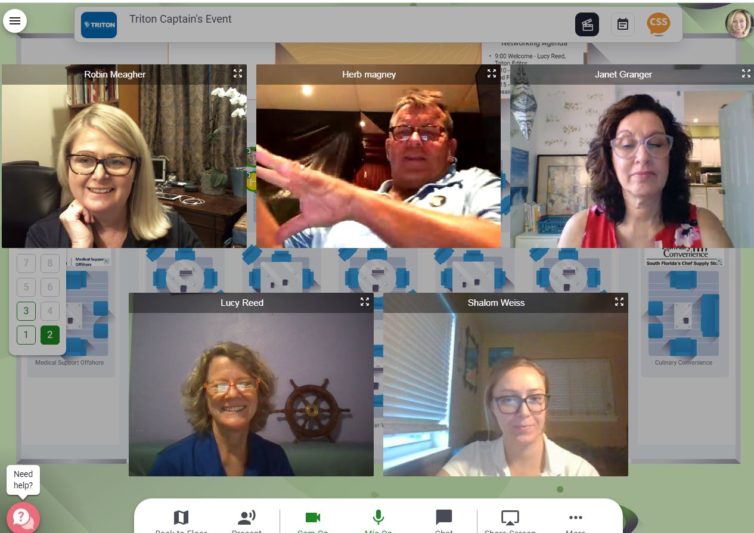 Publisher’s Point: by Lucy Chabot Reed Since COVID-19 set in, we have been unable to host our regular monthly in-person networking … 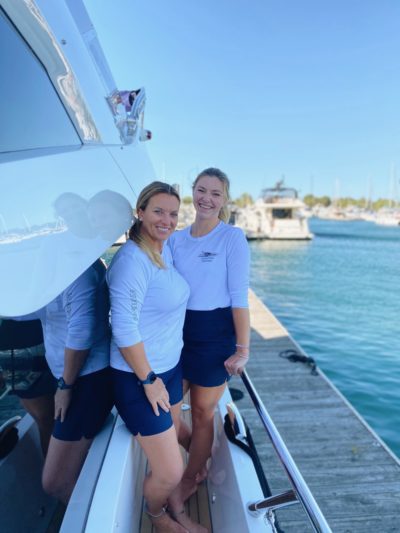 By Lucy Chabot Reed Capt. Kelly Gordon and her crew aboard the 75-Sunseeker M/Y Corporate Retreat had just come the long way around … 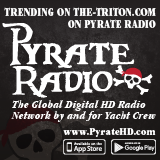