One of your passengers is not feeling well so you call your medical service and they instruct you to check the patient’s blood glucose levels. To do this, you will need a Blood Glucose Meter or glucometer.

This inexpensive ($10 – $100) medical device is used to determine the amount of glucose in someone’s blood. This is a must-have for every ship’s first-aid kit, and knowing how to use one is also important. I often include using the glucose meter as part of my onboard first-aid classes.  Generally several of the crew volunteer to be the patient and several others volunteer to be the medical person performing the test.

Many people, when reading this article, are thinking that diabetes is not the common, but you are wrong. The American Diabetes Association estimates there are 29.1 million people in the U.S. that have diabetes.  That is over 9.3 percent of the U.S. population.

The World Health Organization (WHO) defines Diabetes as a chronic disease that occurs either when the pancreas does not produce enough insulin or when the body cannot effectively use the insulin it produces. Insulin is a hormone that regulates blood sugar.

Hyperglycemia, or raised blood sugar, is a common effect of uncontrolled diabetes, and over time, leads to serious damage to many of the body’s systems, especially the nerves and blood vessels. People with diabetes may develop serious complications such as heart disease, stroke, kidney failure, blindness, and premature death.

DIABETES FACTS (from WHO)

How Do I Check A Patient’s Blood

There are spring-loaded lancing devices that make sticking someone easier and less painful.

RECOGNIZING DIABETIC EMERGENCIES – If the person is aware of their condition, they may be able to tell you what is wrong and how you can assist them. However, they may be unaware of the disease or symptoms may have progressed to the point of confusion. Some signs and symptoms may include dizziness, drowsiness, rapid breathing, lack of coordination, rapid pulse, sweating with skin cold to the touch, weakness, shaking, headache, irritability, bizarre or combative behavior, nervousness and they may have a fruity odor to their breath.

Symptoms may be similar to those of Type 1 diabetes, but are often less marked. As a result, the disease may be diagnosed several years after onset, once complications have already arisen. Until recently, this type of diabetes was seen only in adults but it is now also occurring in children.

EMERGENCY DIABETES TREATMENT – If you know that a person is diabetic and he or she is experiencing symptoms and they are conscious, give them something to eat or drink that contains plenty of simple sugar, such as candy, fruit juice, honey or non diet soda. If the person is suffering from low blood sugar, or hypoglycemia, the sugar will help within minutes. If the person is feeling ill because of high blood sugar, or hyperglycemia, he or she will not be harmed by the extra sugar but you must make arrangements to get them to professional medical care as soon as possible. In the case of untreated hyper or hypoglycemia, permanent impairment, coma and death can occur.

If the person is unconscious, place them into the recovery position (on their side) and monitor their breathing, and call for help. The doctor will most likely instruct you to obtain a complete set of vitals, including measuring their blood glucose level using a glucometer. The doctor may then advise you to administer Glucagon. It is used when seizures occur in an insulin user who is unable at that point to help themselves or if they become unconscious. Glucagon will facilitate the release of stored glucose back into the bloodstream, thus rapidly raising blood glucose levels.

If you would like to learn more about diabetes both the American Diabetes Association and The World Health Organization are excellent sources for information.

Keith Murray, a former Florida Firefighter EMT, is the owner of The CPR School, a mobile training company that provides shipboard CPR, AED and First Aid training throughout Florida.  In addition to training, The CPR School sells and services AEDs – automated external defibrillators.  Contact The CPR School at +1-561-762-0500 or Keith@TheCPRSchool.com. Comments on this column are welcome at editorial@the-triton.com.

Australia has approved major dredging work to expand a coal shipping port adjacent to the Great Barrier Reef, according to a report by Reuters news service.The nod for further dredging at the Abbot … 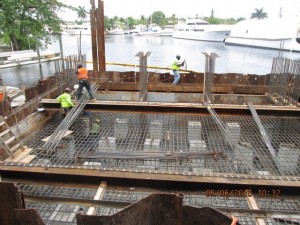 Section on south fork of New River to close for construction

UPDATE NOV. 8 The construction work is on schedule for the Mon., Nov. 9 channel re-opening according to Arturo Perez, senior engineer at Pinnacle Consulting Enterprises, Inc. - Consultant for … 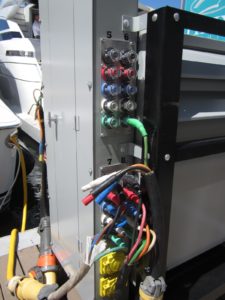 Engineer's Angle: by JD Anson Modern shore power converters have made dock power connections a breeze. You say you have 400VAC 3phase 50Hz at the pedestal? No problem. I’ll just plug it in, push …

Florida-based charter company The Moorings will debut crewed vacations aboard its 51-foot power catamaran in the British Virgin Islands in November. Crewed by Capt. Valentin Kitanoski and Chef …

By Dorie Cox Iowa-born Capt. Mike Bryan died on Aug. 2 of cardiac arrest in Fort Lauderdale. He was 53. His yacht work included M/Y Lady Columbo in the late 1980s, as well as yachts Big Eagle, …

Life, business can be forever changed from one bad call

By Joe Campana There I was, sitting in a pool at a well-known bar in Ft. Lauderdale during spring break in 1986. I was in my final year of college and taking pictures of the 200-plus contestants … 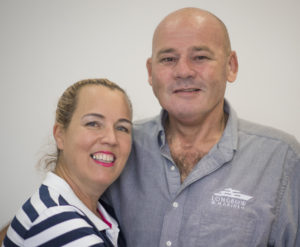 Triton Networking is squeezing in a second event on the second Wednesday in November at Longbow Marine, a chandlery in Fort Lauderdale. …

Two hurt as yacht runs aground

A rich recipe to satisfy every level of hunger

This month's Crew's Mess recipe can be created quickly and then slow-cooked for six hours. The recipe yields a roast to satisfy even the … 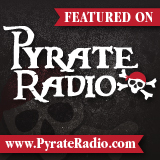