Captains reveal wide range of onboard social media use and policy

By Suzette Cook
While not every crew member signs the same confidentiality or non-disclosure agreement when they are hired, The Triton wanted to find out if there is a norm in policies addressing social media posting for crew. So we went straight to the captains to find out what they have to say about the policies they enforce on the yachts they manage.
Specifically, we wanted to find out what captains, crew and even guests on yachts are allowed to reveal about the yachts they travel on.
We started this month’s survey by finding out how prevalent social media use by captains is. We wanted to know how active captains are in the social media realm and what platforms they use the most. We asked Do you post on social media?
About 75 percent of the captains said yes, they use social media either for personal or professional reasons, but 25 percent of captains said they never touch the stuff.
We also looked at how often captains post on social media and discovered that there was a wide spectrum of levels of activity. About half, 48.6 percent said they post on a weekly basis, 30 percent report posting just once a month, 20 percent post up to three times a day and less than 3 percent said they post more than three times a day.
And to narrow down what social media is most popular with captains, we asked Which social media do you use for making posts?
Given the number of groups and forums out there we weren’t surprised that Facebook is what 92 percent of captains use to make posts. Instagram and YouTube tied for second with 21 percent and Twitter and “other” social media platforms came in third.
Their social media platform of choice was revealed when we asked Which social media do you post on the most?
Again, Facebook was the top choice at 87 percent, Twitter came in second at 7 percent and Instagram was the third choice at 5 percent.
And finally, we wanted to know what type of posts captains made the most. So we asked What do you post the most on social media? Photos were at the top of the list at 61 percent. Close to 31 percent spent most of their posting time sharing other posts, 5.5 percent posted videos and 2.8 percent said they posted memes. 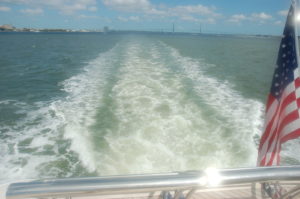 Rules of the Road: Some vessels fly fraudulent flags

Rules of the Road: by Capt. Jake Desvergers Many ships at sea today fly fraudulent flags. Some flag states do not seem particularly bothered that their national flags are being abused in this way …

Should I Retire Completely?

Recently, I had a conversation with a gentleman that was just getting started in his retirement years. He wanted retirement, he said, but he didn’t want to retire. He was tired of a rigid daily …

Sea Sick: Influenza is nothing to sneeze at – get the vaccine

Sea Sick: by Keith Murray Recently, I received a call from my friend Diane. We were supposed to go kayaking, but instead she was in bed sick. She told me that everyone in her office had been sick …

By Dorie Cox The docks of the Fort Lauderdale International Boat Show are a flurry of yacht registry flags flying on sterns. As of Aug. 13, there is a new option for large yachts to choose: a …

A legal battle has begun in New York court over ownership of the USS Sequoia, the 104-foot yacht built in 1925 that has served as a presidential yacht to U.S. presidents in the middle of the last … 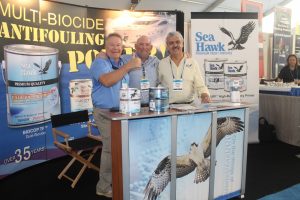 MIBS20: Other Miami show worth the visit

Although there are few, if any, brokerage yachts or crew there, the Miami International Boat Show on Virginia Key still holds a wealth of knowledge and access to dozens of vendors and subcontractors … 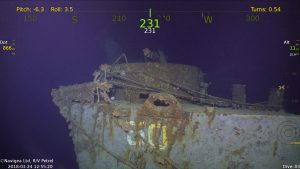 The research team of yacht owner and Microsoft co-founder Paul Allen has found another World War II ship. According to Allen's website, … 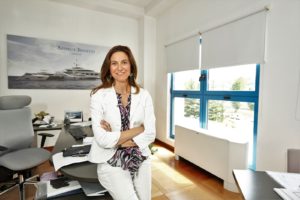