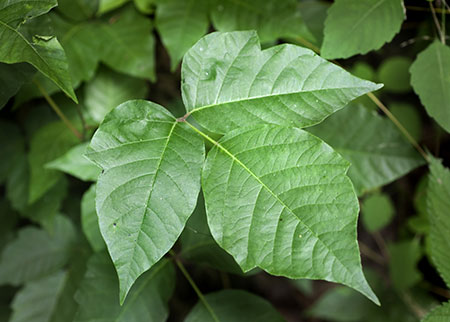 Earlier this year, I purchased a foreclosed home that had been abandoned for almost five years.  As you might suspect in Florida, Mother Nature quickly reclaimed the land and turned the property into a tropical jungle. My job was to reclaim the land and make it look civilized once again.

During my project, Mother Nature threw several curve balls at me. First, there were snakes. In Florida we have three venomous snakes that are native and I believe we saw all three – rattlesnakes, coral snakes and water moccasins. Fortunately for me and my helpers, nobody was bitten. (Fatal snake bites are very rare in the USA.  Typically less than eight per year.)

I also encountered fire ants on more than one occasion.  If you have never experienced them, their name says it all. When the ants bite you, it makes the bite site feel like fire. And typically, you don’t get bit once, you get bit by several.  In addition to the immediate pain, you will have a longer lasting pain as these bites take time to heal.

Then came the mosquitos.  Every evening as the sun would set, I would get attacked by swarms of mosquitos. I would do my best to cover myself from head to toe with protective clothing and use mosquito repellant but somehow they would find a way to bite. (Mosquitos can carry diseases such as Zika, malaria, dengue, filariasis, West Nile virus, chikungunya, yellow fever, encephalitis.)

The vine project went well but little did I realize that mixed in with the vines that I thought were harmless was poison ivy.  I remember as a kid my parents telling me, “Leaves of three, let it be.”  I remembered that poison ivy had three leaves, but I never saw it. But I touched it because the next day I started to itch and several days later I was feeling the effects of poison ivy.

First, what is poison ivy?  Poison ivy has three pointed leaves that change colors with the seasons. It is reddish in the spring, green in the summer and yellow, orange, or red in the fall.  Poison ivy can grow as a bush or vine.Poison ivy can be found all over the U.S. except for Alaska and Hawaii.

This poison ivy rash is caused by an oil found in the plant. This oil is called urushiol (you-ROO-shee-all).  The itchy, blistering rash typically starts 12 to 72 hours after contact with the oil.  The rash is not contagious and does not spread.  Typically the rash will go away in a few weeks.

Wear the proper attire. Boots, socks, long pants, long sleeves and gloves. Wash any clothing that makes contact with the poison ivy. If you are exposed, wash your skin with a washcloth, soap and warm water immediately.  Studies show the friction from the washcloth helps remove the oils from the poison ivy off your skin.  The faster you wash the oils off your skin the better. Scrub under your fingernails to prevent further spread and scrub your pets if you think they were exposed using pet shampoo and water. Wear medical exam gloves while bathing your pet to protect your skin.

Wash lawn equipment, gardening tools, and any toys, balls, Frisbees, and anything else that may have come into contact with poison ivy with soap and water. Oil from poison ivy can remain potent for as long as five years.

Once you have poison ivy there is little you can do but suffer with the itching.  Using a cold compress, calamine lotion, non-prescription hydrocortisone cream, or an antihistamine may help relieve some of the itching, but definitely not all.

Keith Murray is the owner of The CPR School, Keith@TheCPRSchool.com. Comments on this column are welcome at editorial@the-triton.com.