“That $508.3 million, those are direct sales,” said Phil Purcell, executive director of the Marine Industries Association of South Florida. “Unbelievable numbers, no matter how it breaks down.”

Broaden the scope and the study found that the show generated $857.3 million in purchases and expenditures throughout the state of Florida during that week.

FLIBS is the largest boat show in the world in terms of gross exhibitor space and vessels gathered, according to a news release about the study. The study was ordered by MIASF, which owns the show, and Show Management, which produces it.

“The economic impact of FLIBS dwarfs a Super Bowl and it happens year after year, contributing to the sustainability of 136,000 marine industry jobs and $11.5 billion to the economy in the region,” Purcell said.

But the bigger impact is how the show affects jobs and taxes, as well as the marine industry as a whole. The study revealed that the show brought in $51.2 million in excise and sales taxes to the state, about $17 million of that happening in Ft. Lauderdale’s Broward County.

“The real benefit is that it feeds the marine industry during the other 360 days a year,” Purcell said. “Yachts come for the show, then stay. They get work done because we are a hub for refit and repair.”

These post-show expenditures include dockage, parts, accessories and services to support a yacht as well as lodging, food and more for the crew.

The show is vital to many businesses that invest in exhibiting there, including South Florida-based Aere Docking Solutions. Aere exhibits at boat shows around the country and the world. FLIBS is the largest retail show on its calendar, COO Vicki Abernathy said.

“It gets our product in front of people that own boats from 25 to 250 feet, all in one place,” Abernathy said. “That’s what’s huge for us.

“It’s not a show where all the boats are small like Annapolis or all huge like Monaco,” she said. “It is great overall exposure to the recreational boating market.”

The company has exhibited at FLIBS for years and relies on sales during the week as well as after the show. And sales from contacts made at the show continue to come in throughout the year.

“I just got an email from a customer that said the boat they bought was not delivered yet, ‘But I haven’t forgotten about you’,” she said. “Some people are just looking at boats then buying down the road, and calling us then.”

Economic activity from the Ft. Lauderdale show reaches deep. The report states that more than 1,000 jobs are generated in Broward County alone during the show. The show also highlights what South Florida has to offer.

“We are a research hub and an oceanographic hub; we have the third largest reef,” MIASF’s Purcell said. “We are the Silicon Valley of oceanographics.

“And the show brings the best people in the world here,” he said. “We drive jobs. We’re the backdrop. What business doesn’t want to be here?”

All of this adds up to why Abernathy said the annual show will continue to be a big part of her company’s financial equation.

“The smallest boat we sold to at the show was 27 feet long and the largest was 210 feet,” Abernathy said. “Where else can you do that?” 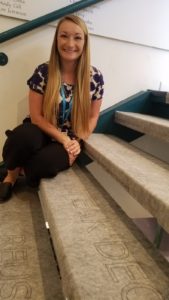 By Lucy Chabot Reed One of the first things crew might notice when they enter the Oasis Lounge — once they pass the bar and knife sharpening station outside, 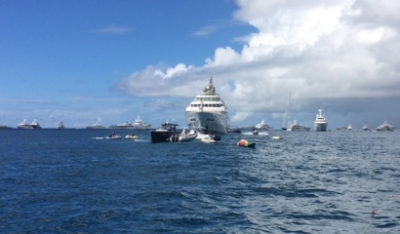 PWC driver hospitalized after being hit by boat in St. Barts

By Dorie Cox A man was seriously injured when the personal watercraft he was driving was hit by a boat in St. Barts on Dec. 30. Musician, writer and 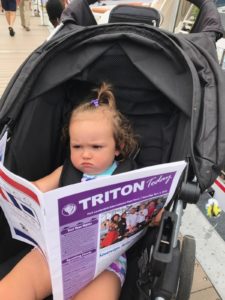 Camden Brady visited the Fort Lauderdale International Boat show for the second time in her one-and-a-half years and was spotted on the docks with a Triton Today. Her father,

Crew Compass: by Lauren Loudon For some, crossing the Atlantic is just another week at work – little changes but the constant motion. For some, it’s a great adventure, full 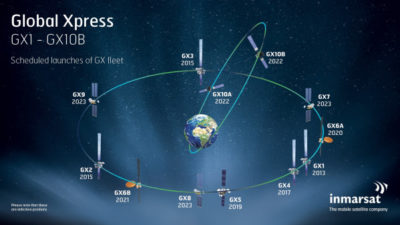 Global mobile satellite communications company Inmarsat has announced plans to triple the number of satellites servicing its Ka-band Global Xpress (GX) network by 2023. According to a company press …

A Spanish diver died on Feb. 1 during work to salvage the cruise ship M/V Costa Concordia off the Italian island of Giglio, according to a story by