I’m known as the bucket list girl back at home, and the yachting industry has helped me live up to that name, without a doubt. One of the things I always wanted to accomplish was crossing the Atlantic Ocean. I’ve seen pictures of friends doing it, I’ve stared at it multiple times on a map, and I’ve had it unmarked in my little bucket list notebook for some time now.

This past spring, I had the opportunity to check that one off. I flew down to West Palm Beach to join my next boat, which was leaving for the Mediterranean in three days. During my interview, I heard: Atlantic crossing … stops all over Europe … American owners … private and charter. Done deal for me — sounds good, let’s go yachting!

I said “see you later” to loved ones and moved on board to cruise at sea with 15 people whom I had only just met. I was grateful to not get seasick. Everyone else on board was tired of the crossing at only Day 8, while I was still so excited about being at sea. (Of course, they had each crossed the Atlantic three or four times already.) The sunsets and sunrises are images in my mind I will hold on to forever.

We were set to work every day during the crossing because we were coming right out of a shipyard period and straight into the Barcelona Charter Show. Talk about hitting the ground running! We worked late, but we were given breaks during the day to sunbathe or exercise  since we were not allowed to go into the lazarette to use the gym equipment at night. At the halfway point, I was waiting for someone to egg me or do some other bizarre thing since I was the newbie crossing the Atlantic for the first time. Instead, we had a nice crew meal up on the sundeck and enjoyed a view of calm waters.

It was all good — except for the temporary crew member who was on board just for the delivery of the yacht to Europe. She had no enthusiasm and did not seem to care to do things right or treat the job as though she were permanent crew. Unfortunately, it made more work for the rest of us. We were still having to fix her work even throughout the charter show and the owner’s first visit. She had the “I’m only here for two weeks, who cares?” motto in her mind. At some points, we were wondering whether it was even worth it to have a temp stew. With the extra work she caused us, it might have been easier to just have been down one interior crew. We were shocked when she asked for more money because she felt she was not being paid enough.

There are people who have been searching and searching for a long time to get a job in this industry, and they even accept salaries well below average pay when an opportunity comes up — yet here was an interior member with no work ethic asking for more money and insisting that she was worth more than what was agreed upon in her contract.

My advice is to take this moment in life and be thankful for it, because there is always someone else out there in the world wishing to be in your shoes. I was in awe of seeing my friends cross the Atlantic. When I was given this chance to experience it myself, I was thankful and enjoyed every moment out there on the ocean, not seeing civilization for quite some time. We spend loads of time at dock letting guests off to go explore, or months on end in a shipyard. If I were to wish for one thing better in this line of work, it would be to have more time at sea.

Melissa McMahon is a stew from Long Island, N.Y. (www.longislandmermaid.com). Comments are welcome at editor@the-triton.com.

New Jersey-based Aero Tec Laboratories (ATL) recently made its FueLocker fuel bladders available to the sport fishing and yachting industries.ATL has been a manufacturer of these bladders for nearly …

Don’t disembark from yachting without an exit strategy

Some days it just may feel like we’ve had enough. The day-to-day issues are starting to wear on us. There is a lot thrown at everyone in their professions, but sometimes in yachting, with the close … 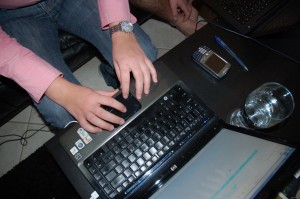 Crew Compass: Invest in yourself – it’s as simple as the click of a button

Crew Compass: by Lauren Loudon I’ve recently written about having a side hustle while in yachting and what a challenge it is to find the time for everything when days only have 24 hours in …

Annapolis-based Dream Yacht Charter opened its newest base near Ft. Lauderdale in mid-November at Harbor Towne Marina in Dania Beach. The company features a mix of monohulls from Beneteau and … 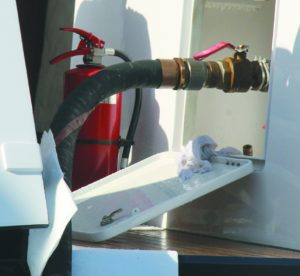 By most all accounts, there are more and larger yachts being built each year. With that growth comes expansion in the support economy … 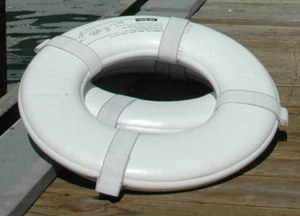 Levels of security awareness mean training, certificates for some crew

Despite our efforts, the world is seemingly less safe, less secure. Hence, our land- and sea-based careers all mandate ever-increasing …