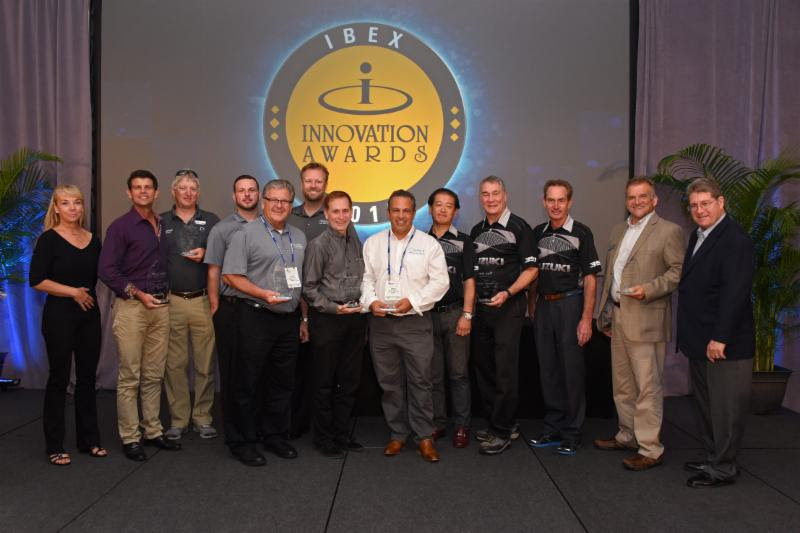 The winners of the 2017 Innovation Awards were announced during opening day of the International BoatBuilders’ Exhibition & Conference (IBEX). The Innovation Awards honor achievement in product development in 10 areas of the marine industry.

For Boatbuilding Methods & Materials, CEproof Group for its ICOMIA Technical File Generator, a web-based software package that simplifies the process of creating and managing compliance documentation required by the Recreational Craft Directive.

For Deck Equipment & Hardware, Aluna Systems for its Aluna Light Pole, a patented light conduit technology that replaces electrical contacts with light coupling, leaving no electrical contacts to corrode or electrical components to malfunction. The LED light source is encapsulated in the plug base and is waterproof. Light coupling is impervious to saltwater and even works underwater. An honorable mention was given to Surefas for its CAF-COMPO screw-stud, a self-tapping composite screw stud for use in fiberglass, wood and other composites.

For Mechanical Systems, Seakeeper for its Seakeeper 3 stabilizer for boats from 30 to 39 feet that can be installed at deck level with a customized leaning post.

In the category of Outboard Engines, there were two winners: Suzuki Motor of America for its DF350A, and Yamaha Motor Corp. for its F25C.

For Boatyard and Dealer Hardware and Software, Gemeco Marine Accessories for its TDT1000 Transducer Diagnostic Tester, which pulls the original factory test data for a specific transducer and runs a battery of acoustic tests through its SensorCheck app running on a smartphone. A real-time plot of the transducer’s acoustic performance overlaid with a plot of its original Day One performance, and a simple Pass or Fail result will appear on screen.

For Propulsion Parts and Propellers, BRP US for its Evinrude iDock, which connects with the integrated hydraulic steering of the Evinrude E-TEC G2 engine and automatically compensates for wind and current to make joystick docking easier. An honorable mention was given to PowerTech! Propellers for its CushionLok2.

For OEM Electronics, there were two winners: JL Marine Systems for its Power-Pole Vision, and Lumitec for its Power Line Instruction Technology. JL Marine’s Power-Pole Vision is an all-in-one marine tablet that allows multiple boat accessories to be connected and controlled by one smart device. Lumitec’s Power Line Instruction Technology simplifies lighting control by allowing a DC control system to send instructions to Lumitec Luminaire.

For Trailers, Parts and Trailer Accessories, Gatorbak for its Premium Clear Bunk Covers, which allows users to paint them any color and also allows optional LED lighting to be added.

For Safety Equipment, Vesper Marine for its deckWatch app, a free smartwatch app that connects a smartwatch directly to the wi-fi of a smart AIS transponder, reporting instant information about potential collisions, anchor drag or man overboard.

Winners were selected by a panel of judges from Boating Writers International (BWI), an organization of communications professionals associated with the boating industry. There were nearly 100 product entries this year.

“This year, the entries reflected many of the changing consumer trends and expectations of today’s boating lifestyle,” said Alan Wendt, chairman of the Innovation Awards and past president of BWI. “Competition reached new levels, and many product innovations were designed for easier user interface.”

IBEX is a technical trade event and was held in September in Tampa, Florida, with 650 exhibitors, workshops and demonstrations over three days. It is owned and produced by the National Marine Manufacturers Association and RAI Amsterdam. The owners made a $5,000 donation to Feeding Tampa Bay to support local recovery efforts after Hurricane Irma. For more information about the show, visit www.ibexshow.com. 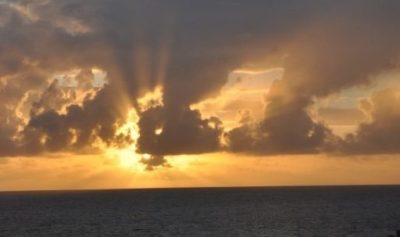 I’m known as the bucket list girl back at home, and the yachting industry has helped me live up to that name, without a doubt. One of the things

Amels 60m Event to debut at the Monaco Yacht Show

Amels’ new 60m M/Y Event will make her world debut at the Monaco Yacht Show in September.   The avant-garde yacht designed by Tim Heywood will be on display

The Triton has signed up as a media sponsor for the 2020 Newport Charter Show, to be held June 22-25 at Safe Harbor Newport Shipyard. The trade-only show typically

Capt. Todd Lee of M/Y Seanna, a 185-foot Delta, was named Fraser Yacht Management Captain of the Year for 2018. The fourth edition of the award was presented during

Intellian, a Korea-based provider of satellite communications systems, is now offering an 85cm Ku- to Ka-band convertible maritime VSAT antenna. The v85NX is advertised as being smaller and lighter, …