The Dutch government plans to ban all new diesel and gasoline vehicles from its roads beginning in 2030. While this trend toward zero emissions for road vehicles also is happening elsewhere in Europe – France, Norway and the United Kingdom all have similar plans, although with different time frames – what is unique about the Netherlands is that there is a parallel move in recreational and commercial boating.

The city of Amsterdam, nicknamed “Venice of the North,” is ringed and transected by more than 60 miles of canals. Boating on the canals is a very popular pastime for residents and tourists in this capital city. Regulations to limit damage caused by the use of internal combustion engines on these historic waterways are now in force, with more being planned.

As of Jan. 1, 2017, two-stroke outboard engines, those using a gasoline and oil mixture, are prohibited on the canals unless they were purchased after 2007. Amsterdammers are aware that the eventual goal is to have only electric-propelled recreational vessels plying the canals at some foreseeable date.

Beginning in 2010, the European Union funded a three-year study called Operatie Boeggolf – “Operation Bow Wave” in English. This study brought together a Dutch technical university, an applied science research institute and the public water utility of Amsterdam, which also regulates canal usage. The goal was increased knowledge about sustainable operational practices for small commercial watercraft. Different combinations of engines and transmissions were tested on city-owned vessels, including a crane boat, a patrol boat and a tugboat. They tested low-emission clean diesel engines, diesel-electric systems, hybrids and all electric propulsion. The results favored electric vessels from an environmental and financial investment standpoint. For visitors to Amsterdam, this outcome will soon have a practical application.

One of the most popular tourist attractions in the capital are canal boat tours. Today, most of these guided tours are done aboard long, low-slung, diesel-powered vessels that easily glide under many of the city’s nearly 1,300 bridges. It was decided to apply the findings of Operation Bow Wave to Amsterdam’s canal boat fleet, which comprises about 70 vessels with an average length of 65 feet and carrying at least 80 passengers each. A new breed of commercial canal boat, starting in 2025, will replace the current diesel watercraft. They will have zero emission and be powered by electric motors and drive trains.

A canal cruise boat with a fully electric driveline will theoretically have carbon dioxide emission reductions of between 60 percent and 95 percent over diesel, depending on the type of electricity used from shore power to charge the boat’s batteries. If a coal-fired power plant produces the shore power provided by the Dutch electrical grid, the reductions will be the lower number. If shore power is produced by renewable energy sources – such as solar panels, windmills and hydroelectricity – then the higher number for carbon dioxide reductions will be achieved.

In 2015, a mechanical engineering student at the Delft University of Technology, about 45 miles from Amsterdam, wrote his Master’s thesis outlining a conceptual version of these future canal boats. The design parameters of the new electric canal boat and the traditional diesel canal boat were processed by a simulation program on a computer to compare the efficiency of the two vessels as they go through a day’s tour work on a canal. The computer simulation ran both boat models through a typical day of six trips and associated docking. The diesel engine version had a fuel-to-power conversion efficiency of 37 percent, while the electric motor version had a 93 percent fuel-to-power conversion efficiency.

The all-electric concept vessel is clearly more energy efficient. The result is a vessel powered by lithium-ion battery banks and propelled by a fixed pod drive with a four-bladed prop, dual rudders and a bow thruster to aid in maneuvering. The concept boat mirrors the average size of the current canal boat in hull shape, length overall, beam and draft.

These results will no doubt have an influence on policy making for the future of small diesel engines used on harbor craft throughout the European Union during the next 25 years. The maritime industry will also be observing the outcomes of the conversion to zero emission canal boats in Amsterdam with great interest.

Capt. Jeff Werner is a 25-year veteran of the yachting industry as a captain on private and charter yachts, both sail and power, and a certified instructor for the RYA, MCA, USCG and US Sailing. He also owns Diesel Doctor (MyDieselDoctor.com). Comments are welcome below. 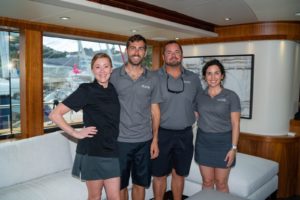 The Triton hosted its annual Poker Run and networking at Yachty Rentals in Ft. Lauderdale on Dec. 6 and raised $500 for the Triton "Nautical News" scholarship. More than 300 captains, crew and …

NauticAir announced that Rodger and Leslye Stone of Bristol Clean Air of Florida have joined Nautic Air as sales representatives in Florida. “This is a great fit for both companies”, …

There have been a number of articles written and views expressed regarding leadership recently but what about the flip side? What about the art of following?     Obviously, not everyone will be …

The Paleo Diet, also called the Caveman or Stone Age diet, continues as a hot trend in the weight loss world. The good news is that some preliminary research shows eating like our ancestors can have … 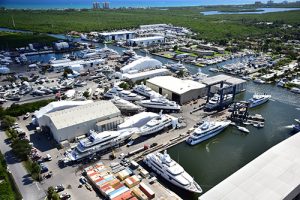 Derecktor shipyard in Dania Beach, Florida, has been recognized by the Florida Department of Environmental Protection and the Clean … 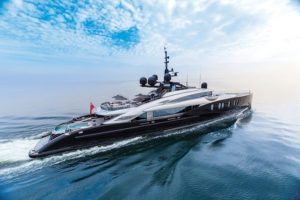 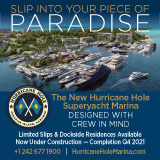 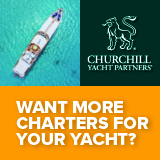