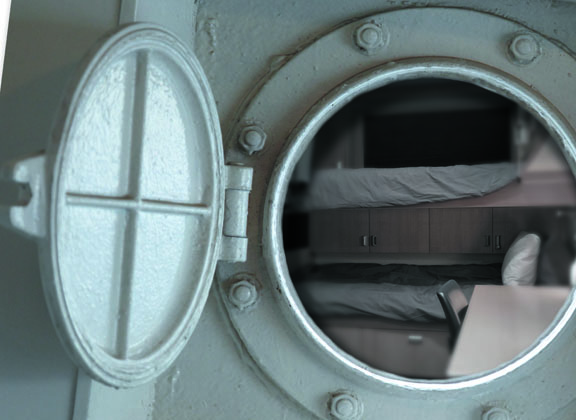 Yacht crew speak up about rape, assault on board

This is a story of two injured crew, a stew and a deckhand. Both say they left good careers in yachting because of what happened to them at the hands of fellow crew members while on the job. The stew said she was raped; the deckhand said he was verbally and physically assaulted.

Each said they haven’t talked much about what happened to them but feel that now it’s time.

“I want to tell my story and make sure someone will listen because the captain didn’t,” the deckhand said by phone from his home recently.

The two victims probably do not know each other; they worked on different yachts and the incidents happened years apart. But there are many similarities. Both of these victims reported the crimes to their captains, neither contacted law enforcement, and both incidents happened after a crew night out drinking.

Both victims said they were fired and their assailants received less severe handling – one being sent on vacation and one working off-and-on until he was eventually “let go.”

The Triton is not identifying victims or alleged assailants in this recounting because of the nature of these incidents.

The stew had worked on the yacht for years and was known in the industry for her smile and positivity. She said there were “red flags” about how the engineer interacted with her, so she “kept her guard” when he was near. She thought he would leave her alone because she had just gotten married. But he did not leave her alone, even on the night the yacht’s crew gathered to celebrate her wedding.

She admitted that everyone had been “over-served” alcohol that night.

“The guy had advanced before – but before, I could shut him down,” she said. “That night, we got back to the boat,” then she hesitated. “I was happy, my guard was down.”

While she was alone in her cabin getting ready for bed, he opened her door. She said she does not have clear memories of what happened next; she feels she may have repressed some of them. When she woke up, she said, she was naked and her cabin door was open.

“I knew what happened,” she said.

In the deckhand’s case, he said he shared a camaraderie of sorts with the engineer on his yacht, chatting often about their commercial maritime backgrounds.

“Occasionally we got into civil, petty arguments, but he was my drinking buddy,” the deckhand said. “I respected the guy.”

One night after drinks out with other crew, one of their conversations became heated. The deckhand said he had already seen a darker side of the engineer, who sometimes made threats and got angry after drinking.

“He had been sitting, staring, and he threatened to ‘knock my lights out,’” the deckhand said of that particular night. Back on board, while closing up the boat and turning off the lights, the tense situation continued when the deckhand was critical of how the lights were set up.

“He [the engineer] threatened to throw me over the side. He was angry,” the deckhand said. The engineer started toward his quarters when he turned back suddenly.

“He was 15 feet away when he charged at me. He was angry and cussing,” the deckhand said. “The hit was like a tackle, it was surprisingly hard. I fell on my back. He held me down with one hand and the other was in a fist, threatening to hit me.”

The engineer didn’t strike him, but the deckhand was still left shaken and afraid. The deckhand went to his cabin and decided to talk to the captain in the morning. But when he asked the captain if he could talk to him, the captain replied, “No, I heard all about it. We’ll talk later.”

“That afternoon at 5 p.m., no one had made contact with me,” the deckhand said. “I heard the captain and engineer having dinner in the mess outside my door. I felt like no one was on my side, no one wants to hear my story.

“It was frustrating, and I was scared what would happen,” the deckhand said. “The next day, the captain calls me on the phone to come talk. He said, ‘Did you have time to clear your head? Then pack your bags.’”

Situations like this happen a lot more than crew will admit, veteran stew Alene Keenan said. After more than 20 years on yachts and now as lead instructor of interior courses at Maritime Professional Training, she hears about them regularly. She has been told firsthand of two rapes and knows of many incidents of abuse.

“I don’t know how to get statistics on this,” she said. “One thing I’ve heard students say is that often the captain or another crew will pound on the door, drunk, late at night. They ask, ‘What should I do?’”

Too often, crew don’t have the answer to that. On commercial vessels, written procedures exist for such situations, the deckhand said.

“I absolutely know what it looks like to properly handle this,” he said. “As master, you are never too busy to handle issues. That’s your job. We’re all human; people don’t get along. But we can work together.

“When an issue like this first comes up, it needs to be treated like when police come to a scene,” the deckhand said. “They ask questions, ‘Did anyone see anything?’ They get both sides of the story, they take notes. It is a big process.”

Much of the prevention and follow-up falls to the captain and the culture they create on board, Keenan said. Properly run vessels have standard operating procedures and recognize a chain of command.

Many yachts are well-run, with good leadership and policies in place for code of conduct; but it depends on who writes the crew contract, if there even is a contract, Keenan said. Either way, “there should be a policy for what to do if this happens,” she said.

“If this happened in a place of business, what would happen?” she said. “What would HR do?

“If you are on a managed vessel, you go to the person ashore, you trust them. But everyone is terrified, crew are afraid to be blackballed.”

She has heard crew say they fear retribution or being fired, so they rarely make official complaints.

“When do reports get filed?” Keenan asked. “Never really.”

The deckhand expressed a similar disappointment. He’s not sure what he should have done differently, but feels the captain could have done more to handle his incident.

“If he would have checked in every month or so, to sit down and talk with us,” he said. “We’re supposed to be a team. He didn’t create a team-like environment. Let’s talk about issues and good things.”

The stew also felt let down by her captain. He decided to fire her after talking with the estate manager and coming to the decision together, she said.

“I looked at him like a father,” the stew said. “Then I get punished because of what happened to me? As the victim, I felt betrayed, I felt broken. … I had to cut ties with everyone on the boat. I couldn’t handle seeing pictures of the engineer online.”

Both the deckhand and the stew say they want to return to yachting, but they want safe environments on board. The stew feels she has recovered somewhat since her rape, but says she continues to struggle with depression. For a while after the incident she sought counseling, but she lost her insurance after losing her job, and the counseling was expensive, she said, so she stopped.

“Friends can be a big help, but I didn’t want to discuss this with friends,” she said.

Looking back, she said, a few things might have made the whole situation a little easier to bear.

“I would have felt better if the engineer was let go and I was offered counseling or something,” the stew said. “And help to find the right resources. I didn’t know where to turn. I didn’t know how to deal with anything after the fact. I wish I had filed a police report, but I couldn’t even function.”

The deckhand has not yet found work. He said he spent a lot time worrying that the captain and engineer were talking about the incident.

“One symptom of being a victim is a paranoia thing,” he said. “Are there lies going around?”

Nowadays, the deckhand thinks they have kept the entire incident quiet to protect their jobs.

“I want to move on,” he said. “These guys have the worst side of the secret.”

The stew and the deckhand both said they do not want anyone else to go through what they did.

“As victims, we have a duty to the industry to make sure these stories are told, to inform the industry that we are not scared,” he said. “We want to protect others from these events by showing that we will do what it takes to prove we truly are a victim of something we didn’t deserve. That’s how change happens. That’s how things get better. If you sit back and do nothing, you are just as negligent as the person who put you in your situation.” 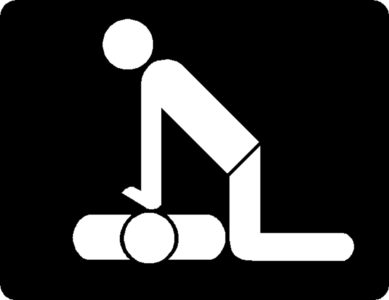 Sea Sick: by Keith Murray We all know what follows next when a TV doctor shouts, “Clear!” It means someone is going to get shocked by a defibrillator. But 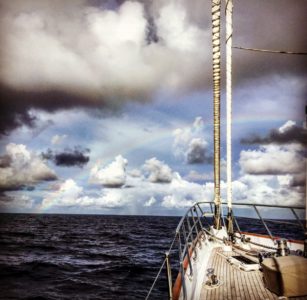 Crew Compass: by Lauren Loudon My favorite thing about being at sea is nature’s unpredictable pattern. There are few things on this Earth that can compare to sitting out 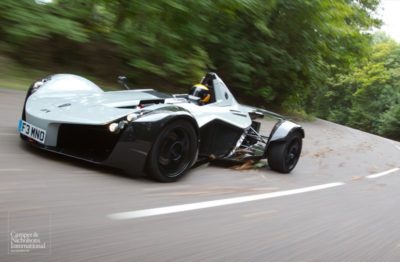 BAC in conjunction with Camper & Nicholsons is building a marine edition of its Mono brand for yachts. The Mono is a lightweight, high-performance car capable of more than 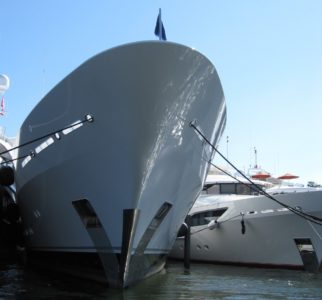 Egypt plans to complete a side channel in East Port Said, near the Suez Canal, by this summer. The channel will facilitate shipping and give vessels direct entry into

Charter guests are extremely important; of course, you would want them to be, especially when they are paying up to $500,000 a week to stay on board. Crew, on