Posted on May 28, 2019 by Triton Staff in Boats and Brokers, Triton Exclusives | 0 Comments

YN19055 Project Castor, the latest in Heesen’s 180-foot (55m) FDHF Steel class, sold by Luxury Yacht Group broker Rupert Connor, who brought the buyer, and Thom Conboy from the Heesen Fort Lauderdale office, with help from the shipyard team in Oss. Built on spec, the yacht is expected to be delivered to its experienced American owner in May 2020.

New in the sales fleet 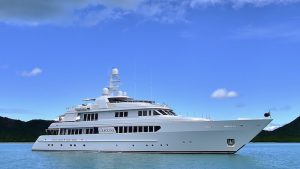 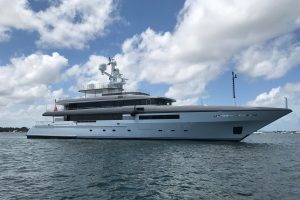