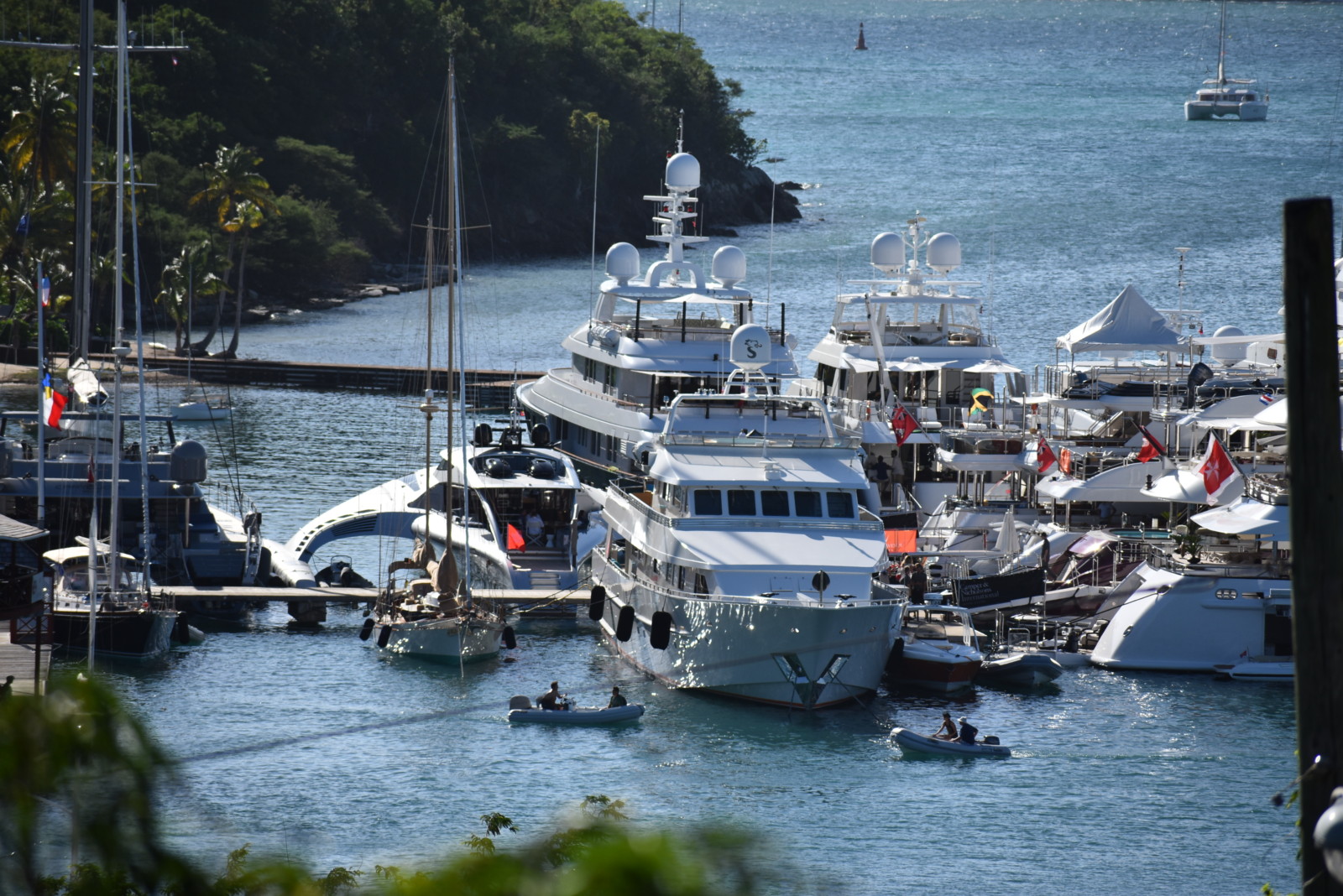 Traveling brings a lot of joy to me, hence the choice of this job. And over the years, a few places in particular have left soft spots in my heart for various reasons.

Arriving into the dock at English Harbour, Antigua, always brings a fuzzy feeling inside for me – not only because it’s beautiful and brings a resemblance of home, but also because of its association with many happy memories. It was the first destination when I began my first season in the Caribbean six years ago. And three years ago, it was the place we were docked when I got third place in the culinary competition at the Antigua Charter Show.

We arrived there recently, and it felt good to go back to somewhere I hadn’t been in a while – and even better to get into a marina after a couple of rolly days at anchor after a weather pattern came through. This time I was on a different boat, with one crew member who had been with me on that first season, and another who had never been to the island. Ironically, we docked in the same slip we were in for the show in 2016, my last visit to the island.

Getting settled into the dock always takes a moment. After helping on deck, I was back in the galley and busy with meal prep when I was radioed and requested to go to the sun deck to speak with the boss about his meal plans. As I arrived up there, just moments after the call on the radio, there was a roar in the air. People started cheering, music started playing, horns started blowing – it all suddenly started happening. Our conversation that hadn’t even begun yet was interrupted by the excitement, and we both rushed to see what was happening.

Directly off the bow was a small coast guard boat and another little dinghy, followed by a rowing boat with two men inside. I’d seen on social media the safe arrival of The Ocean 5 as they completed The Atlantic Challenge just a few  days earlier, but hadn’t considered the prospect of other teams arriving. Right in front of my eyes, off the bow of our boat, just feet away, was a team of two arriving into Antigua after 35 days of rowing across the Atlantic.

The sound amplified across the marina, sparklers started spluttering flames, somebody started speaking on a microphone, and as we moved from the forward section of the sun deck to the aft, we saw that a huge welcome committee had congregated just three boat widths down from where we were docked.

Champagne bottles popped, bubbles flew everywhere, and just like that, the two men stepped off their vessel and onto land, into the open arms of their loved ones.

If I enjoyed the feeling of coming into dock there that day, imagine them. Thirty five days. Two humans. Three thousand miles. It was an incredible moment to witness – listening to their story, seeing the emotion in their welcome, watching them walk for the first time in over a month. I couldn’t help but feel their pride and share their joy of this amazing achievement.

Over the course of our two-night stay in the marina, we witnessed another three teams come in. With one team’s arrival, I decided to stand on the dock amid the welcome party and watch from a closer view. The time was around 2200, the night was dark and the welcome included some blindingly bright red flares. This rowboat carried a team of four Danish men who were joyfully welcomed by their families. The tears running down a little girl’s face as she saw her dad for the first time broke my heart. Watching their embrace caused me to shed a tear, their emotions bringing up such an intense feeling within  me.

These people had just completed what is deemed the most challenging rowing race on the planet. They did it. I witnessed it, even if by chance. I could simply not help but imagine the pumping beat of their hearts as they entered the bay, headed not only toward the dock after being so long at sea, toward land – but also toward their families, their loved ones. Wow.

Lauren Loudon has worked as a yacht chef for more than four years. She hails from Lancashire, England. Comments are welcome below.