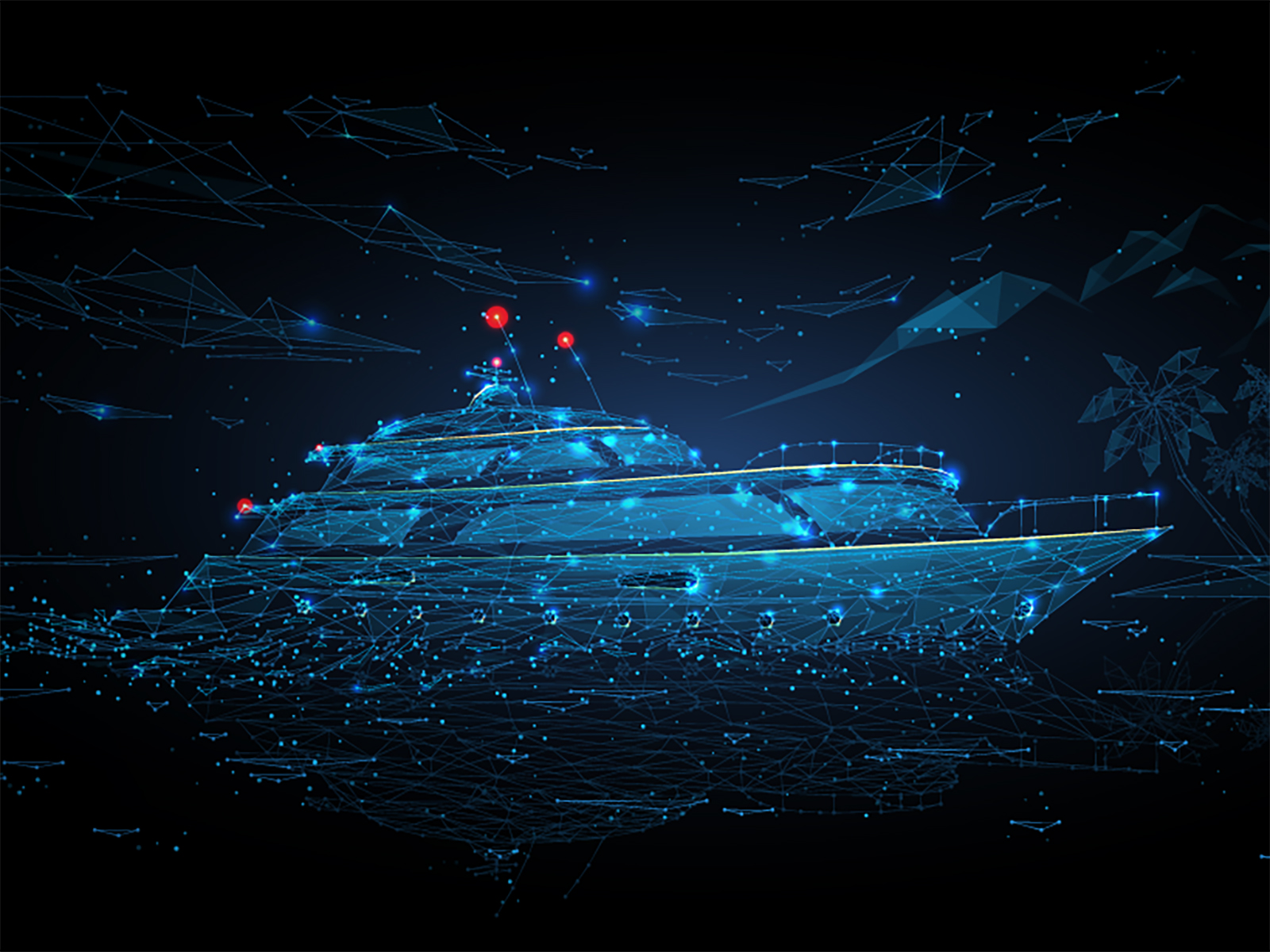 Russia’s war on Ukraine and the resulting sanctions on many Russian-owned yachts have created a quandary for their crew.

Editor’s Note: While politics have always played a larger role in our daily lives than many of us would prefer, it’s hard not to feel that the impact nowadays has reached a pathological level. And if anyone thought the somewhat insulated and economically bulletproof world of yachting was immune by virtue of its privileged class, that illusion has now been shattered. The Russian attack on Ukraine and the resulting sanctions imposed by many nations on those who are considered enablers of Vladimir Putin’s aggressions have had hard and varied consequences for this industry. Triton asked captains and crew how the fallout has affected them personally. With watertight nondisclosure agreements in place, they spoke only on condition of anonymity. This report is based on what they told us.

In an industry that operates on a highly confidential basis, determining yacht ownership is challenging in the best of times. Now, a global hunt for Russian-owned yachts has raised the stakes — and often, it’s the crew who are paying the price.

Whether hiding out in Europe under secret cloaks of misleading information, hunkered down in Turkey, seized and detained, or simply boycotted by marinas and denied critical services, these yachts are not functioning autonomously. Many of the crew are still on board, and an uncertain future is the least of their worries.

The global media has reported crew sabotage, resignations, abandoned yachts, and captains denying Russian ownership, but there is little mention of the lack of clear guidance concerning crew roles and obligations in this ever-unfolding dilemma.

Some crew have found their ethical and moral standpoints brought into question. Some have been subject to hostility and worry for their safety. Some worry they are violating their own country’s laws by staying aboard a Russian-owned yacht, while many are unwilling to leave with owed compensation as yet unpaid.
In fact, the problem of unpaid wages on affected yachts is the top concern that crew members have reported to Triton.

Money makes the world go round, and the superyacht industry is arguably the epitome of this expression. The pressure of sanctions applied to Russian-owned yachts has filtered down quickly to crew salaries.

“Our pay rises have stopped, and bonuses cancelled, the crew has reduced, and our hours have been increased to compensate,” wrote a bosun working on board a 262-foot (80m) Russian-owned motor yacht.

“Salaries coming in very, very late with no payslips and no official record of anything,” wrote a chief stew on a 108-foot (33m) Russian-owned motor yacht.

“The owner and management expectations and demands haven’t changed, even though they have stopped providing funds,” a chief stew wrote.

“We weren’t sure from one day to the other if we were going to get paid,” wrote a sous chef from a Russian-owned motor yacht of 230-plus feet (over 70m). That yacht was seized, and crew who wanted to remain were offered a day rate “as it was unclear what the next step was.”

Others have been taking the legal avenue to gain back losses. The head chef of a 180-foot (55m) Russian-owned motor yacht who reported not being paid for two months said the crew had to fight for their wages with the help of lawyers. “And then the boat was put up for sale. We all left.”

A yacht manager, who also spoke on the condition of anonymity, told Triton, “We had several Russian crew and we couldn’t pay them for while. It took a couple of months to sort out and it was a hardship for them, for sure. They had to do their banking not as Russians.”

WHERE DID THEY GO?

The global hunt has caused the displacement of many crews from one country to another without any real plan.

“There’s a lot of pressure on the captain, with a lot of hidden information or lies,” explained a chief stew on a 108-foot (33m) yacht.

“We moved from Spain to Turkey to avoid the risk of arrest,” wrote a bosun, while a sous chef stated, “We didn’t move from Europe but were considering heading to Turkey.”

With the European winter season approaching, there have been various reports of scant shipyard availability due to the influx of Russian yachts that are evidently staying put.

The issue has sparked a lot of discussion on morality with regard to the war and the role of the superyacht industry. One crew member said many have been “morally conflicted” about whether they should stay on board, questioning what link the owner may have with the war. On the other hand, some describe circumstances in which a crew member maintains loyalty to the owner.

“I have worked for Russians before, they are great clients,” wrote a head chef, adding that the war hasn’t changed his mind about whom he would work for in the future.

Triton spoke to some crew who had left yachts because of the war but were apprehensive about commenting. The situation is undoubtedly creating waves of uncertainty, as well as low morale, especially among Ukrainian crew members.

“If the crew has been working together for more than one year, there is support and compassion, but when they work for a short time they don’t care,” one Ukrainian engineer told Triton.

Moreover, yachts identified as Russian-owned often prompt raised eyebrows and concern from others who wonder why the crews are still on board.

“The crew were all Ukrainian and wanted us to know explicitly that the owners weren’t ‘Russian’ — they were simply ‘good people,’” the captain of a 121-foot (37m) motor yacht said in reference to a Russian-owned boat that had been moored next to him in Italy.

“Near us is a boat with a Russian owner. … The English captain left when this started, and the other crew left. I see new crew, but they don’t go out much. In yachting, it is easy to hide,” stated a Russian crew member working on a Dutch- flagged yacht. “It is not just what is on your passport — if you do a good job, that is what’s important.”

“We worked with a stew who asked the yacht owners not to introduce her as Russian. She wasn’t comfortable because being Russian came with a stigma,” a Fort Lauderdale yacht manager told Triton. “It is a situation of tragic misinformation. This woman has nothing to do with the Russian government.”

“People need to separate the Russian people from the Kremlin,” said a former first mate originally from Russia.

Reports of crew sabotage attempts, as well as hostility toward crew members working on Russian-owned yachts, have raised security and safety concerns.

One yacht, according to its sous chef, has “upped security to 24 hours” and instituted new protocols, such as “not to say anything about the boat outside of the marina” and to “avoid wearing uniform out” in light of the many film crews and reporters trying to get information.

Another remains at anchor to “avoid risk,” according to the bosun. Some yachts are hiding out and “going dark” to avoid detection, leaving the crew in unstable and potentially unsafe situations.

While only individuals on the official sanction and trade restriction lists are meant to be affected, the rules vary among allied nations and cases of overreach are frequently reported. Some Russian owners have nothing to do with the war, others are intrinsically linked, and some fly entirely under the radar.Considering the confusion and uncertainty of what will happen in the long term, the rampant elements of misinformation, and the heightened negative attention on the industry, it has and will likely continue to be a challenging course for many crew to steer as long as the war continues.

To read about possible legal consequences to this, click here.