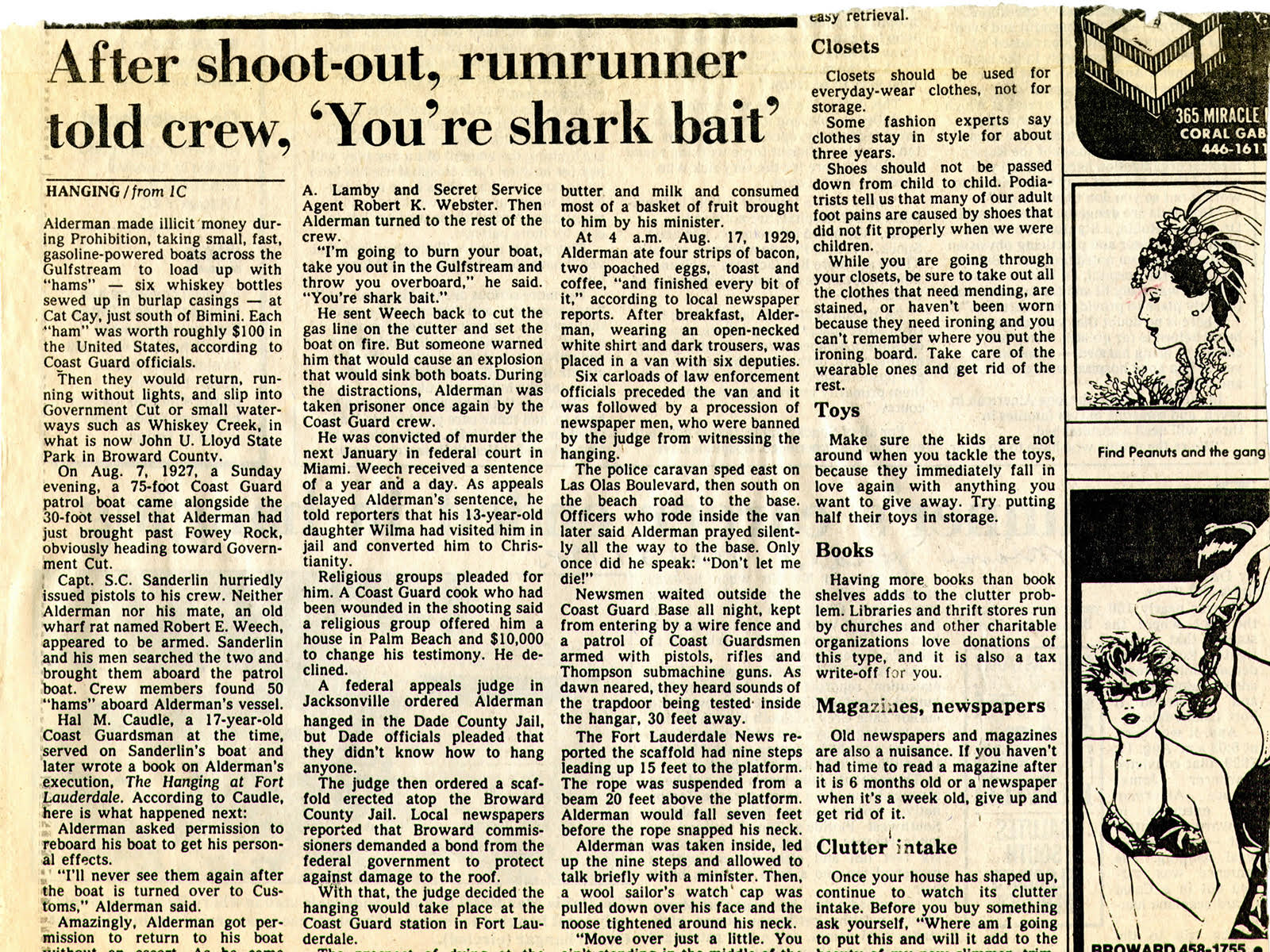 ‘The Ghost of Bahia Mar Past’

If the strong scent of rum lingers over the docks on Halloween night at the boat show this year, this might be why…

In 1875, the Bahia Mar area of Fort Lauderdale was the site of a life-saving station, also known as a House of Refuge, built to rescue and shelter crew at a time when shipwrecks were common off the coast of Florida. In 1926, the U.S. Coast Guard Base Six was established there, and the House of Refuge was absorbed into the base. It still functioned as a life-saving station, but being the Prohibition era, the base now had another purpose of pressing importance: rumrunners.

Illegal importation of liquor had become a rampant problem in Florida and a huge headache for the Coast Guard. In 1929 alone, they seized and destroyed 80 rum-running boats. “If you were a boat captain at the time, that was the most lucrative thing you could be doing,” said Patricia Zeiler, the executive director at History Fort Lauderdale Museum.

The remaining crew aboard CG-249 eventually captured the gunman, Horace “Jimmy” Alderman, and his cohort, Robert Weech. Alderman, who had several prior arrests for rumrunning, was tried in Miami federal court and convicted of three counts of murder and piracy on the high seas.

On Aug. 17, 1929, Alderman was hanged in the old seaplane hangar on Coast Guard Base Six — the present-day site of Bahia Mar Marina. It was the first and last legal hanging in Broward County and the only execution ever conducted by the U.S. Coast Guard.

The city of Fort Lauderdale eventually purchased the site and officially opened Bahia Mar on Dec. 1, 1949. Now known as the home of the Fort Lauderdale International Boat Show, the property has seen many improvements over the years and continues to enjoy global popularity as a yachting center … and as a great place for boat crew to, you know, hang.